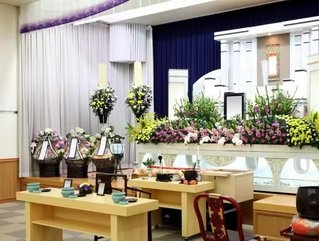 Japan is expected to see the first ever ‘drive-thru’ funeral service by December of this year.

The service will allow mourners to register their name on a tablet device and they will then be able to pray and make a traditional offering of incense by simply rolling down their car window and allowing the correct ashes to ‘whiz’ toward them, while the process is watched by the funeral host via a screen.

The initiative isn’t just about speed and convenience – the Kankon Sosai Aichi Group who will offer the service hope that more elderly people will be able to participate in the mourning process for their loved ones.

President of the group, Masao Ogiwara, commented: “Older people may hesitate to attend a funeral because they have to ask for help to get out of the car… but we want as many people as possible to be able to come to say farewell to their friends or neighbours.”

China plans to move to ethanol gasoline by 2020

This is just one example of Japan’s use of technology to provide solutions for the increase in funerals that comes as part and parcel of an ageing population. 28% of people in Japan are aged 65 or above, which points clearly to a huge number of elderly funeral-goers who may find the service useful.

A controversial idea already in place has been dubbed the ‘rent-a-monk’ system, whereby mourners can order a monk online to come and perform funeral rites.

In addition, a temple near Tokyo currently accepts ashes via post and places them in its burial facility, a solution for those who cannot afford funeral expenses.

Softbank have recently developed a humanoid robot, ‘Pepper’ to conduct funerals in place of a Buddhist monk or priest. Pepper is able to chant sutras and tap a drum. There is a live-streaming option for those who cannot attend the funeral, and Pepper can also be adorned in appropriate robes.