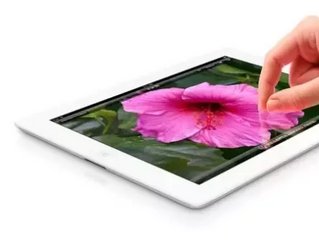 Australia’s time difference worked in Aussie Apple fans’ favour this morning as a crowd – smaller than usual for an Apple launch – got their hands on the new iPad 4G . The updated device will go on sale at 10 a.m. tomorrow in the US, Canada, Singapore, the UK and Europe, where long lines have already begun to form, according to IT News.

Perhaps the smaller turnout is because one of the iPad’s most hyped-about features, the speedy 4G connectivity, isn’t even compatible with Australian 4G network carrier Telstra. According to reports released by The Australian, incorrectly marketing this product feature may be a breach of consumer law, but data storage administrator Cameron Ing doesn’t see this as a deal breaker for many consumers.

“The (lack of 4G access) is not a game-breaker. They've upgraded the 3G technology, which I've tried and it's pretty snappy,” Ing told IT News.

The third generation iPad didn’t receive an overhaul of new features to differentiate it too significantly from its predecessors, but the super-HD ‘retina display’ screen (264 pixels per inch, or ppi) and improved camera make it a high commodity item for diehard Apple fans.

“When Tim Cook announced it, it sounded like such a magical tool. I just got hyped into it,” David Tarasenko told IT News.

Deal-savvy Australians had a chance to save a little cash on their iPad purchase if they queued up for the midnight opening of Big W in Sydney or Melbourne: they’re selling the 16GB wi-fi version of the new iPad for $498. Target is selling the same model for a dollar more, providing consumers with a considerable savings off Apple’s price of $539.