Interview: The state of regtech report in Asia-Pacific 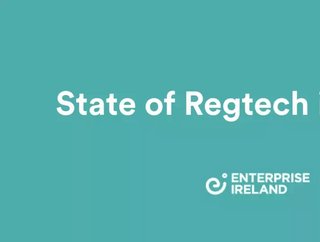 The COVID-19 pandemic has forced many financial services organisations to fast-track their digital transformation. This allows them to provide better digital banking services and to move away from legacy systems to cloud-based regtech platforms. However, progress comes with a price. Rising costs of compliance and increased risk of cyber attack have put regulation, risk and compliance in the spotlight.

A new report from Enterprise Ireland – the world’s most active fintech investor – entitled The State of Regtech in APAC takes an insightful look into regtech in the region and a deep dive into 10 key APC markets.

Enterprise Ireland works with more than 200 international fintech portfolio companies and 40 regtech companies, and has offices across the APAC region, meaning it is well placed to offer this analysis.

“Regtech is an information technology which is used to enhance regulatory processes,” Patterson tells Business Chief. “Regtech supports an organisation to undertake regulatory monitoring, reporting and compliance. Regtech’s primary purpose is to automate and in turn standardise regulatory processes whilst driving down cost and increasing quality. This is important, particularly given that the regulatory change is rapid and the expectations of regulators is becoming increasingly stringent.”

Businesses are having to pay more attention to regtech due to increasing and ever-changing expectations from regulators, and also the concern around new and emerging risk and criminal threats.

“Businesses also recognise the potential for these new financial technologies to help them to increase productivity, achieve cost efficiencies, and provide higher customer value,” says Patterson. “As such, Asian businesses are pushing hard to deploy technologies such as cloud, APIs, mobile apps, resiliency, and analytics to reap the rewards of digital transformation.

Patterson adds that COVID-19 had resulted in largely positive consequences for the APAC regtech sector. This is despite severe disruptions in supply chains, manufacturing, and migrant movement which hindered economic output. Covid19 compelled financial services sector to see the value of digitalisation. Despite the pandemic-induced economic and social challenges, the fintech industry seems to be faring well and helping the financial industry and economies around the world get back on their feet.

However, the shift towards digitalisation also means that companies are exposed to cyber threats and financial crime.

If you think regtech isn’t vital to your financial services business, think again. Banks in Australia were the second most fined in the world in 2020 with Westpac forced to pay a civil penalty of $1.3 billion – the largest ever in the country. On the flipside, regtechs like Fenergo – a global leader in Client Lifecycle Management – reduces onboarding times by 82%, 34% saving in audit cost and 30% ROI on technology.

Of course, the Asia Pacific region is rich and varied when it comes to individual companies and national economies, but one of the benefits of regtech, according to Patterson, is that it can be adapted – which is often necessary when the risks, complexity and challenge is markedly different between organisations.

“The Asia Pacific region is very diverse in regtech needs, since mature and emerging economies are at varying levels of development,” says Patterson. “On one side are Australia, Japan and the Four Asian Tigers comprising Hong Kong, Singapore, South Korea, and Taiwan.

“On the other, there are developing economies, such as Laos, Myanmar, and Cambodia. In the middle are the emergent and rapidly growing economies, like Vietnam, Indonesia, Thailand, and the Philippines.

“This bifurcation of developed and emerging economies gives rise to very different financial and regulatory environments. In developed economies, the regtech uptake is driven by a sophisticated financial ecosystem and a complex regulatory environment and is due to the need for governance and accountability, emergence of new market participants and security concerns arising from disruptive technologies such as artificial intelligence and distributed ledger technology.

“In developing economies, regtech uptake is driven by the sector’s promise in helping to create financial inclusion, and is reliant on business cases and under-resourced regulators in these markets. Market interest for regtech solutions in these economies is not as strong as their developed counterparts because of regulatory inertia and a marked difference in fundamental behaviours and attitudes towards regtech.

The rate of adoption has also been directly related to the availability of mobile internet coverage across the region, and it is transforming Southeast Asia.

Just over a decade ago, four in five Southeast Asians had no internet connectivity and limited access to the internet. Today, there are 360 million internet users in the region, and 90% of them connect to the internet primarily through their mobile phones. This has spurred an 'internet economy' which continues to grow at an unprecedented pace.

However, APAC as a whole still lags behind Europe and the United States when it comes to regtech, and Patterson believes it is vital that the region ‘catches up’, particularly based on current growth.

“Companies in APAC also deal with rapidly changing risk and compliance challenges as the whole region deals with constant growth and change. Regulator expectations are also changing rapidly – as seen with Australian Banks. It is also estimated that hackers are 80% more likely to target Asia than anywhere in the world, with the region 1.7 times slower to respond.”

However, the potential rewards are also significant, particularly with the rise of digital banks, P2P lending, digital assets and remote onboarding. Then there is the projected cost of Anti Money Laundering (AML) compliance – across Indonesia, Malaysia, the Philippines and Singapore combined, this is estimated at more than US$6 billion. The opportunity for regtechs to fill the need for specialised solutions is clear.