[Infographic] The History Of Email: From M.I.T. to 1bn Gmail Accounts 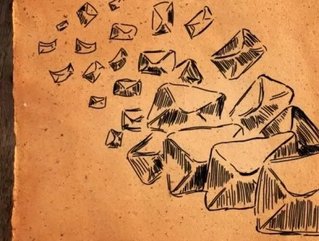 Email is such a big part of our lives—both professionally and personally—that it would be crazy to thing about living without it. For those of you who have been in business for decades, think back to a time before email was readily available. How people communicated was a heck of a lot less instantaneous.

And while some people miss that bygone era, the majority of us are content to shudder at the thought and turn back to check our email for the 20th time today. Email has simplified communication for business tenfold. The history of email, however, is probably longer than you think.

The infographic below, pulled together by Business Insider Australia, details the journey email has taken since its start. Next year will be the 50th anniversary of the first known email system, titled MAILBOX. It was used by none other than students and professors at Massachusetts Institute of Technology (M.I.T)  in the US. As anyone born after 1985 knows, email really took off in the early 90s, with Outlook and AOL coming along in 1992 and 1993 respectfully, and Yahoo! following in 1997. Email’s sworn nemesis spam started in 1990, and laws regarding spam didn’t appear until 2004.

As someone who is interested in grammar (the plight of being an English Literature major at university), I was surprised that it wasn’t until 2011 that the Associated Press Stylebook updated their list for “e-mail” (electronic mail) to “email”, sans the dash. As communication became faster and abbreviations and acronyms overtook people’s typing style, the word that encompassed the majority of online communication was also shortened and simplified.

Email is a necessity for keeping business moving at the breakneck speed at which it’s currently travelling. Can business become that much faster? More instantaneous? If so, what’s next for email?