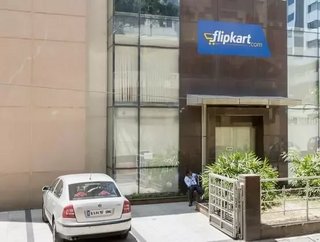 Fast-growing Indian e-commerce player Flipkart has raised $1.4 billion in new funding at a post-money valuation of $11.6 billion as it does battle with foreign invaders like America’s Amazon and China’s Alibaba.

The funding comes from the highest tier of multinational companies, including Tencent, eBay and Microsoft in what has been described as one of the biggest funding rounds for an Indian tech startup. The company recently raised a further billion last month.

According to the Financial Times, “The funding round valued Flipkart at $11.6bn, it said on Monday – significantly down from the $15 billion valuation it enjoyed when it raised funds in September 2015” but in light of the additional cash this has strengthened its position against competition from abroad.

Buoyed with billions in new investments, Flipkart will now take of eBay India, although it will retain an independent e-commerce presence. Along with the latest round of funding, Flipkart has now raised over $4.6 billion from investors. Its most recent round before its latest bonanza was when it managed to rake in $700 million in 2015.

India’s online population is tipped to reach 450 million-465 million people by June 2017, according to a recent report, which means that potential customers will skyrocket. China and the USA currently lead the world when it comes to e-commerce spending, the value of online sales in India is predicted to reach $48 billion by 2020, according to one report.

Flipkart founders Sachin Bansal and Binny Bansal said in a recent statement. “This is a landmark deal for Flipkart and for India as it endorses our tech prowess, our innovative mindset and the potential we have to disrupt traditional markets. It is a resounding acknowledgement that the homegrown tech ecosystem is indeed thriving and succeeding in solving genuine problems in people’s daily lives across all of India.”

Having left Amazon in 2007, the founders decided to go it alone and develop their own competitive e-commerce company. A decade later and their creation now employs over 33,000 people and has even grown its own product range under the name "DigiFlip" which offers tablets, USBs, and laptop bags.