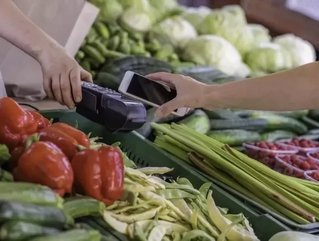 India is now the fastest-growing e-payment market in the world, according to a recent report by eMarketer.

The country tops the list for “proximity mobile payment” specifically, which includes, according to Tech in Asia, scanning, tapping, swiping or checking in with a mobile device at point of sale.

This year, the number is expected to climb to 77.8mn which means about 30% of smartphone users in India.

In China, the mobile market payment has become “ubiquitous” according to Tech in Asia. In India, the growth rate comes from a much lower user base but eMarketer expects the country will mirror China’s growth, even years behind.

It is expected to “go the China way” in becoming a digital, mobile economy.

E-payments surged particularly after some denominations of currency were demonetised in a sudden move by the Indian government – PayTM announced a 700% user traffic increase and a 200% average spend increase when the move was announced.