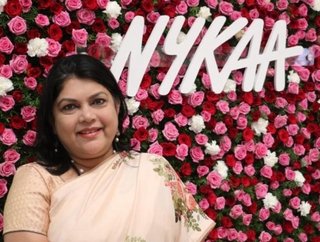 With this IPO, the 58-year-old former investment banker who owns a 51% stake in Nykaa with her husband and two children, secured a net worth of US$7.7bn, according to Forbes, and joined only six other billionaires in India, including Kiran Mazumdar-Shaw (Biocon) and Divya Gokulnath (Byju’s).

Falguni is a role model for women across India

Falguni is an anomaly in India’s startup landscape where just five of 136 unicorn founders are women. In fact, a 2019 report from the International Finance Corporation ranked India third among 77 countries for the size of gender gaps in business, revealing that just 33% of early-stage entrepreneurs in India were female.

That makes Falguni a role model for women across India, as well as for women of an older age, given her entrepreneurial success later in life.

A graduate of the Indian Institute of Management Ahmedabad, Falguni started her career in consulting with A.F. Ferguson & Co. before moving into investment banking and spending the next 18 years at Kotak Mahindra Bank, serving as MD of Kotak Mahindra Investment Bank, and as director of Kotak Securities, the bank’s institutional equities division.

She has served on the boards of various companies, including Tata Motors Limited and Aviva Life Insurance Company India, and has secured numerous accolades for her entrepreneurial spirit, among them the EY Entrepreneur of the Year 2019 – Start-up by Ernst and Young, and Businesswoman of the Year’ at the Economic Times Awards for Corporate Excellence, 2019. She was also listed as one of Asia’s Power Businesswomen, 2019 by Forbes Asia and named as ‘Businessperson of the Year’, 2019 by Vogue India.

With a long career in investment banking behind her, Falguni was MD at the Kotak Mahindra Bank in 2012, just months before turning 50, when she decided to launch Nykaa, the Sanskrit word for heroine, as a way of capitalising on the popularity of makeup and haircare products among Indian women.

How Nykaa became the most successful female-founded startup in India

And the growth story of Nykaa has been nothing short of phenomenal, growing 100% on a year-on-year basis for the last three years, and ultimately becoming India’s first profitable startup to have taken the IPO route. During its nine years as a private company, Nykaa raised US$77m in external funding.

Nykaa is now the country’s leading online beauty retailer, with a portfolio of 2,400+ brands and 4,000 beauty, personal care, wellness and fashion brands through its website, app and stores. Falguni and her family now head a team of more than 1600. While her son, a Columbia University graduate, runs the beauty ecommerce business, her MBA Harvard-educated daughter operates the fashion vertical.

That’s not to say the startup hasn’t struggled along the way. As Falguni recently explained on a panel discussion at Investcorp Global Conversations, the company struggled in the first four to five years to put the right technology in place as its first CTO quit after a year, second one after year two, third at the end of year three.

Describing the process as a “roller coaster ride”, Falguni said it took a lot of “patience to build [the technology] and today we have a fantastic platform”.

So, what did she get right with her platform, to take it to the level of beauty and lifestyle retail empire?

Nykaa redefined the art of e-retailing beauty in India

As the startup itself claims, it has “redefined the art of e-retailing beauty and personal care in India” and has been “instrumental in fostering the growth of a previously relatively nascent ecosystem”.

The platform has successfully brought together domestic brands, international brands, luxury and prestige brands, premium brands, niche and cult brands along with a unique understanding of the needs and preferences of the Indian consumer.

Nykaa offers international brands that have never been sold in the country before. The brand set up Luxe stores and Luxe store mode on the app for luxury and prestige products – bespoke services that opened the gates for global luxury brands such as Charlotte Tilbury and Pixi to allow Nykaa to import, launch and sell their products to consumers in India. And as well as this, Nykaa led the Korean beauty phenomenon in India, launching leading K-Beauty brands. Its appeal lies too in the products on offer being complementary to Indian skin tones, skin types and the Indian climate.

Falguni also capitalised on her brand by launching Nykaa’s own private label, which is available online and across 68 stores in India and opened 68 brick-and-mortar stores in the country. And she has used influencers to help boost sales, with celebrity endorsements from Indian stars such as Katrina Kaif and Alia Bhatt.

In a recent panel discussion at Investcorp Global Conversations, Falguni said she believed that in the beauty industry, India would become the “5th largest market in the world very soon because of the growth rate that it is experiencing versus European growth rates”.

And while recently the etailer reported a 59.5% slump in quarterly net profit due to a steep increase in expenses as costs surge, Falguni remains confident in the startup’s future and is using its IPO proceeds for expansion via new retail stores and warehouses.