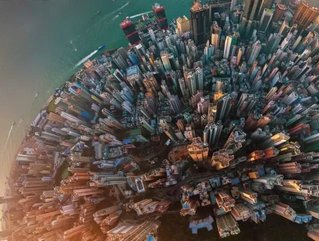 Having founded a new division within the company for the development of the technology, Hyundai used a press release to highlight their expectations for UAM, which includes developing previously unthought-of solutions to the ever-increasing traffic problems plaguing cities.

Demonstrating the extent of its ambition, Hyundai has appointed Dr Jaiwon Shin as leader of the division and Executive Vice President. Shin was previously head of NASA’s Aeronautics Research Mission Directorate, where he oversaw development of NASA’s experimental X-Plane program. Most crucially, he was involved in NASA’s own UAM project and this year spoke about crucial problems such as traffic management at Uber’s Elevate event for its own air-taxi ambitions.

"Having worked on cutting-edge aviation research and development at NASA for 30 years, I am very excited and humbled by the opportunity to now shape urban air mobility strategy at Hyundai Motor Group," said Shin. "The new team at Hyundai will develop core technologies that will establish the company as a driving force in urban air mobility, a sector that is expected to grow into a market worth USD 1.5 trillion within the next 20 years."

That figure stems from a Morgan Stanley paper, which credits the current boom in the technology to “the intersection of many technologies, such as ultra-efficient batteries, autonomous systems, and advanced manufacturing processes.”

Indeed, Hyundai joins the likes of the aforementioned Uber and Chinese startup EHang in developing its own approach to UAM, though its status as Korea’s largest carmaker will no doubt lend an advantage over competitors in terms of manufacturing capacity. It’s not just the goal of passenger transportation powering the boom, with rewards also on offer for the development of cargo shuttling, as Amazon Prime Air demonstrates.