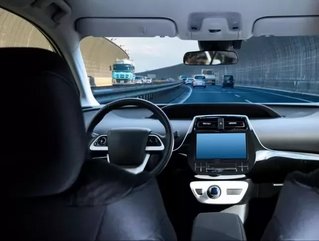 The ambitious project will receive a total of $4bn from both companies, who will each own 50% of the joint venture. Aptiv is to bring its existing autonomous driving technology to the table, with the majority of Hyundai’s contribution consisting of cash.

Aiming for the highest level 5 rating on the Society of Automotive Engineers (SAE) Levels of Driving Automation Standard, denoting vehicles fully autonomous in all situations, the two have stated that the platform will be made available for others to employ in industries such as robotaxis.

"The new joint venture marks the start of a journey with Aptiv toward our common goal of commercializing autonomous driving," said Euisun Chung, Executive Vice Chairman, Hyundai Motor Group. "The combined capabilities of Aptiv, a leading global technology company, and our Group, a global OEM, will create invaluable synergy to lead the autonomous driving landscape."

The timescale provided would see testing beginning in 2020 with the autonomous platform coming to commercial fruition in 2022. Though headquartered in Boston, the joint venture is to run “technology centers” in both Asia and the US, with a particular focus on Korea as an autonomous vehicle testbed.

Although both have been in the autonomous vehicle for a good while, with Hyundai Mobis partnering with Cognitive Pilot and Aptiv working with Lyft in Las Vegas, they are the latest companies to join the race to commercialise autonomous vehicles and bring a platform to market.

Already the likes of DiDi Chuxing in China and Waymo in the US are targeting imminent launches of robotaxi solutions, with the battle to be the first spurring innovation and the input of capital. Expect autonomous vehicles to dominate the technology news agenda in 2020 and beyond.