How Starbucks is capturing the Chinese market 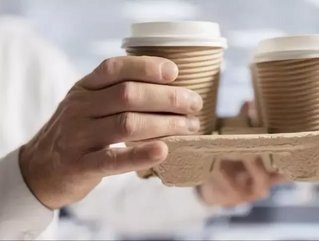 American coffee giant Starbucks is employing smart speaker integration as the latest step in its technology-powered pursuit of China.

China is second only to the US in terms of Starbucks store count, coming in at some 3,500 locations. The world’s largest starbucks is also located in the country, in the form of Shanghai’s Starbucks Reserve Roastery, a 30,000 sq ft behemoth. Starbucks’ heavy presence in China is no mystery. According to the International Coffee Organization, China is one of the fastest-growing markets in the world for coffee consumption, growing at 16% per annum – well above the 2% world average.

Until recently, the acquisition of a Starbucks beverage in China might have required the use of one’s feet, the lifting of a phone to one’s ear or the pressing of a finger on one’s phone screen. But no longer. Now, Chinese consumers can get their caffeine fix through the simple raising of a voice, thanks to integration with Alibaba’s smart speaker.

Alibaba’s Tmall Genie smart speaker requires a bit of breaking down to be adequately understood. Alibaba, of course, is the ecommerce giant until recently led by China’s richest man, Jack Ma, who left the post with a smile on his face and a song in his heart. Tmall is the group’s business to consumer platform, one of the world’s largest, and the Genie is a smart speaker in much the same vein as the Amazon Echo. The Alexa equivalent in this comparison is the AliGenie intelligent assistant. Customers will be able to order, pay and track their delivery via voice, with orders being fulfilled by Alibab’s food delivery service Ele.me

“We are thrilled to provide our cutting-edge Artificial Intelligence technology through Tmall Genie to serve Starbucks digitally-savvy customers in China,” said Miffy Chen, general manager at Alibaba A.I. Labs. “Earlier this year, we launched food order and delivery service through Ele.me in response to our users’ needs for on-demand local services. We’re excited to introduce an even more diverse and enriched experience on our platform through Starbucks voice ordering and provide a direct benefit to Chinese consumers within their daily routine.”

The move is the latest development in an existing partnership between Starbucks and Alibaba, which has seen delivery focused “Star Kitchens” established inside Alibaba’s Freshippo grocery stores.