How Microsoft is helping Uber take over its industry 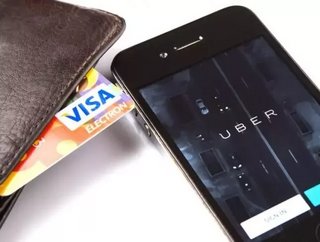 It appears the transportation app Uber will soon be receiving a substantial boost in its technology.

In an attempt to create its own mapping technology, Uber has acquired some of the technology behind Bing Maps as well as about 100 Microsoft employees. The deal is mainly based upon Bing Maps’ imagery acquisition division that is necessary to view satellite and street-view style pictures.

RELATED TOPIC: The End of Internet Explorer: Why Is Microsoft Retiring the Web Browser?

According to Uber CEO Travis Kalanick, the ride-sharing app is also looking to recruit about two million new drivers around the world by the end of 2015. Uber currently is used in 311 cities internationally and plans to expand into thousands more.

Microsoft views this as a way to further develop the company, as it will ensure it has competitive data in this important market moving into the future. It’s a lot more than just getting a person from place to place; it’s about understanding who the person is based on where they want to go or where they’ve been, while also being able to engage them according to location.

But by selling off its location data and trying to be more involved in data relevance, Microsoft may be hurting itself long-term. The further Microsoft moves away from location expertise and data, the harder it will be to be a part of mobile and desktop applications in the future.

Despite its growth and success, Uber has faced stiff opposition from governments and the taxi industries around the world, including Australia, mainly due to its low-cost UberX platform. Since UberX so closely resembles a traditional taxi service, representatives of the taxi industry believe it should be held to the same rules and licensing fees.

The Australian Taxi Industry Association (ATIA) CEO Blair Davies has expressed concern over what he describes as Uber’s “illegal business activities” due to its large amount of cash reserves. Davies acknowledged Uber’s aggressive recruitment strategy may lead to more and more taxi drivers converting to ride-sharing.

Earlier this year, UberX was banned in Queensland, New South Wales, Victoria and Western Australia, as its drivers used private cars as taxis, but it has done little to stop the process. Instead, Uber has used its monetary resources to cover any fines issued to its drivers.

So as it ramps up its technology division and continues to corner the public-transportation market, Uber is becoming the undisputed leader at getting people from point A to point B.