How Kinect Will Change the Workplace 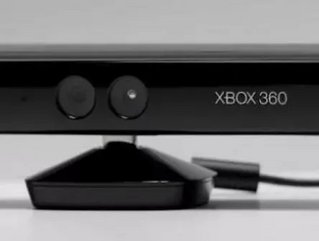 Written by Roy Chomko, President and Co-Founder of Adage Technologies

Roy Chomko co-founded Adage Technologies in 2001, combining a passion for technology and the desire to build a company focused on driving business value through web technology. As President, Roy's energy and customer centric approach have helped to grow Adage to a well respected web and software development firm.

When most people were first introduced to Microsoft Kinect technology, they used it to control a character on their television. It was no doubt a state-of-the-art piece of software, but one that had little use outside an animated golf or bowling game in the living room. Today, Kinect technology is starting to show up in businesses for both day-to-day processes and specific industry applications.

With Microsoft announcing the release of its Kinect for Windows commercial development package this month, this technology is beginning its transition from entertainment system to useful enterprise solution. Among the software capabilities now available on your computer is the ability to support up to four Kinect sensors, improved skeletal and speech recognition, API updates and a near mode, which enables the camera to see objects very close (like you in your desk chair.) Developers will no doubt build on this package quickly. As more and more users get familiar with the commercial development package, new capabilities are sure to spring up regularly.

It’s then up to business executives to find the most effective ways to use Kinect in the workplace. Here are just a few of the many benefits possible:

Laptop prototypes have already shown up with Kinect camera built in, making user recognition easier than ever.  This can have implications for automatic recognition when you approach and leave your computer. Knowing who the user is and when to sit down would allow the computer to automatically log-in upon starting and enter a sleep mode upon leaving. Visual recognition could even help ease security issues, identifying and verifying a user as themselves based on facial detection software.

Whether in your office or in a conference room, voice commands and recognition may become a reality for even the most common tasks. Certainly voice controls could come in handy for complex conference room set ups, giving users easy controls of the lights, shades, projector, etc. Along with the visual recognition, voice recognition could become another key part of the security process, allowing computer access to only voices previously approved.

The Kinect already has the ability to make a room to room video call.  When on a call, it will also auto direct/focus on the main person speaking in the room. The Kinect may become an inexpensive alternative to complex and expensive video conference equipment.  It’s certainly already a step up from basic web camera technology. Also note that Microsoft just acquired Skype, which will likely lead to even better video conference integration down the road.

The simple fact is that Kinect technology is impressive to outsiders. Whether you work with clients or consumers, having movement and voice recognition software in the office or store is a big draw. Nissan recently used it at an auto show to give customers an immersive experience for a car that is not in production yet and retailers are working with it to allow shoppers to try on clothes virtually based on their body outlines. On the factory floor, Kinect could be used to remove the need to touch a mouse, screen or keyboard and simply motion for the next order to display on a monitor. This technology is going to be part of our everyday lives very soon. Those who incorporate it earlier than the competition will have an inherent advantage.

With hands free controls, Kinect is also clean friendly. Hospitals are already exploring using it in the operating rooms so doctors can remain sterile while they go through patient documents or equipment manuals. This could quickly translate to retail stores, where people can interact with displays without physically touching screens. You’ve already seen bathrooms with motion sensor sinks and towel dispensers. Think of how many other products could become motion activated around the office with Kinect technology. Your employees will appreciate it.

And while all these ideas are now possible with Kinect technology, the fact is that we are only in the beginning phases of its evolution. Developers now hold the future of Kinect technology in their hands. It’s up to them to take advantage of this new development package and deliver business solutions we can benefit from on a daily basis. We can theorise countless ideas of how to best utilise motion and voice reception software but time will likely produce many more ideas we have not conceived of yet.