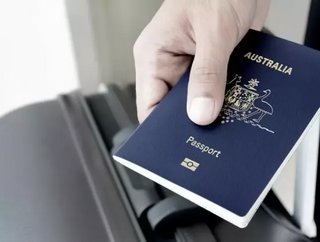 It’s 2015 and soon to be 2016. So of course passports are about to become digital just like everything else.

In an effort to continue down Prime Minister Malcolm Turnbull’s innovative path, Aussies and Kiwis may soon be able to use “cloud passports,” which will be able to contain important information on government servers to be accessed electronically by border-crossing agencies.

Governments of the neighboring countries are currently discussing the new technology needed to launch the idea, with a belief the approach could one day become global. With Australia’s Department of Foreign Affairs and Trade reporting there were over 38,000 cases of lost or stolen passports in each of the last two years, this would dispose of the need to carry identification at all times.

“Australia prides itself on having one of the most secure passports in the world, but by embracing and harnessing new technologies, we might be able to do better,” said Foreign Affairs Minister Julie Bishop. “We're in discussions with New Zealand and if we're able to put in place the appropriate requirements, including security, then it's something we'd like to trial and implement.”

In addition, the government intends on spending $18.5 million on a system called the National Facial Biometric Matching Capability, which is expected to be operational by the middle of 2016.

Forms of biometric identification have been used more and more in other regions of the Asia Pacific such as Japan and Malaysia in addition to the United States, while Australia and New Zealand have used SmartGate to recognise the travelers’ facial features through a computer algorithm.

With the increased use of biometrics at international borders, including automated kiosks, fingerprints and facial features could be used in the future to identify travelers around the world.