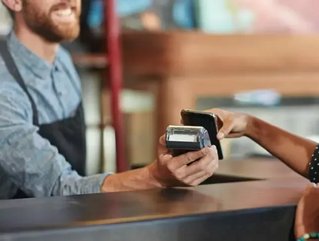 Octopus, a cashless payment operator in Hong Kong, has launched a new service aimed at getting small merchants and taxi drivers to go cashless.

The service involves a smartphone-to-smartphone connection via QR code meaning installing a card machine, which can cost thousands or be impossible in certain locations due to technical limits, won’t be necessary for cashless payments.

Hong Kong’s 40,000 taxi drivers are currently stuck in a cash-only rut, and it’s thought that more incentives will be needed to remedy this, as well as assurance of data protection. According to Ng Kwan-sing, vice chairman of the trade body of the Hong Kong Taxi Council, quoted in the South China Morning Post, delayed payments may be off-putting: “if they are paid in cash, the notes will go straight into their pockets… using QR codes would be a hassle so there must be incentives such as rebates or promotions.”

Octopus was launched 20 years ago and is the leader for cashless payments in Hong Kong. Its new “hybrid strategy” means “swipe and go” cards can be used as was previously the case, or QR codes are available as an alternative method.

The platform is free for merchants to sign up for but they must have a smartphone, and have a valid business license or be a registered taxi driver or hawker. They will undergo three days of vetting, but this will still be cheaper than having to install a card machine.