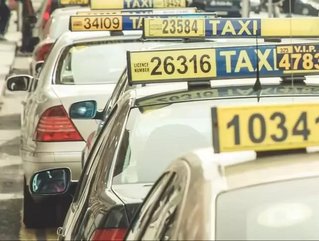 Singaporean ride-hailing firm Grab has launched in Cambodia with its first services offered in Phnom Penh.

JustGrab, Grab’s fixed fare on-demand service will be available to Android and iOS users in Cambodia as of today (Tuesday).

Grab has partnered with Cambodian digital finance firm Wing Money as part of the move to provide drivers with an account for transactions – this is likely to be similar to their partnership with Wave Money in Myanmar, which allows drivers to cash out their earnings and passengers to use a mobile wallet to pay for journeys.

New ride-hailing CTO to Grab opportunity with both hands

Competition is heating up in the southeast Asian ride-hailing market, which Google and Temasek valued in a recent report at $5.1bn, stating this could quadruple over the next eight years.

Uber launched in Cambodia four months ago and so far hasn’t stood up brilliantly against Gran and Go-Jek in the southeast Asian market – CEO Dara Khosrowshahi said he did not expect the regional business to turn a profit any time soon, according to Tech in Asia. However, the US giant is not giving up, having signed a $474mn joint entre with Singaporean taxi company ComfortDelGro earlier this month.

Go-Jek has also been expanding, and just yesterday announced it had purchased three fintech firms on its home turf in Indonesia.

So while Grab is a dominant player, it certainly as rivals in the area and Uber is not giving up in this fast-growing market.