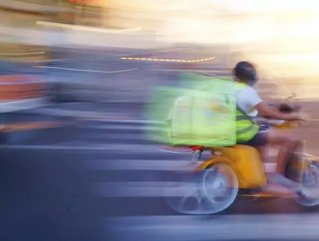 The Indonesia-based app, which provides service such as ride-hailing (where it originally got its start) payments and food delivery, operates throughout Southeast Asia, in countries such as Vietnam, Singapore, Thailand and the Philippines.

According to Bloomberg, an internal memo from the company’s co-CEOs Andre Soelistyo and Kevin Aluwi read: “We’re not stopping there as we are still seeing strong demand among the investment community to partner with us. There are a number of exciting ongoing conversations that we will be able to update you on very soon.”

In total, the company has now raised nearly $6bn from investors such as Tencent, Visa and Google.

The company’s great regional rival Grab recently received a significant boost in funding of its own, revealing an over $850mn round from Japanese investors including Mitsubishi UFJ Financial Group and TIS.

The round was explicitly intended to bolster the super app’s financial services. In the press release, Grab’s president Ming Maa said: “We are excited to work with our partners MUFG and TIS to co-develop financial products and solutions for the region. Ensuring greater access to affordable and accessible financial services and products is key to growing financial inclusion in Southeast Asia. The continued support from world-leading investors demonstrates their confidence in Grab’s super app strategy and our ability to build a sustainable long-term business.”

Speculation had been mounting regarding a possible merger between the two, though that seems less likely now due to their mutually strengthened financial positions and uncertainty in the global economy prompted by coronavirus.

We recently spoke exclusively to Gojek’s CISO George Do on the ways cybersecurity promotes trust in the super app. Read that story here.