Google, Temasek: Internet economy in Southeast Asia to be worth $50bn in 2017 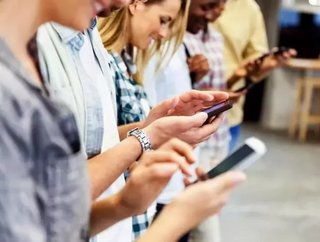 Google and Temasek (Singapore’s sovereign fund) have released a report on the south-east Asian online economy, following a previous study in May.

The earlier study predicted the number of internet users to grow from 260mn to 480mn by 2020 and estimated that the south-east Asian internet economy would be worth $200bn in 2025.

However, in the more recent report which was released 12th December, they said the online economy’s predicted 10-year compound annual growth rate (CAGR) will be 27%, up from last year’s prediction of 20%. The internet economy is now on course to surpass the forecasted $200mn.

The report stated internet-based business accounted for 2% of the region’s GDP, which was up from 1.3% in 2015 and will reach 6% in 2025. However, this does not include sectors like mobile payment, online education or digital healthcare as these “are still in [an] early stage of development and monetisation in south-east Asia”.

Google said web searches for ecommerce companies have doubled in the past two years and southeast Asian consumers spend an average of 140 minutes per month on average on each of the region’s two leading ecommerce sites.

These have not been named by the report, but Tech in Asia presumes them to be Lazada and Shopee.

In comparison, US users spend about 80 minutes per month on the equivalent site(s).

It is predicted that by the end of 2017, the region will include 300mn active internet users, marking a CAGR of 13% since 2015. Over 90% of these will use a smartphone as their main means of web access.

Indeed southeast Asia spends more time on mobile internet than any other region, at an average of around 3.6h hours per day, with Thailand in the lead at 4.2 hours. In comparison the US spends 2 hours per day.

Ride-hailing tech is on the rise in the region, with around 6mn rides booked through ride-hailing platforms which marks a fourfold increase since 2015. It is predicted that by 2024 the industry will be worth $20.1bn.

Over $12bn has been raised by south-east Asian start-ups since 2016, which accounts for about 0.18% of the region’s total GDP.