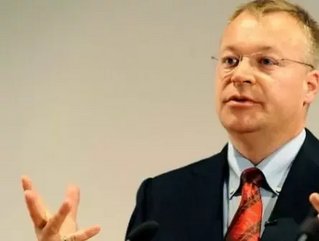 “If I happened to be someone who was an Android manufacturer or an operator, or anyone with a stake in that environment, I would be picking up my phone and calling certain executives at Google and say ‘I see signs of danger ahead,’” Stephen Elop told a Helsinki seminar, as reported by Reuters.

Still, the new relationship will ultimately increase healthy competition in the mobile device marketplace. It also increases the competition between Nokia and Google, as Nokia has a partnership with Microsoft for its smartphone OS, Windows Phone 7. “As for Nokia, Elop appeared to suggest that Google's move reinforced the logic for Nokia’s agreement with Microsoft,” Reuters reported.

Shares in Nokia rose by 12 per cent earlier in the week to trade at $6.00 after Nokia said that the Google decision reaffirmed its partnership with Microsoft and Windows.   Nokia said the move could serve up a “massive catalyst” for the entire Windows Phone ecosystem.

Elop noted that since Nokia’s signed a deal with Microsoft in February, there are now 25,000 to 30,000 applications delivered for the upcoming platform.