Google buys Bump - Where next for the app? 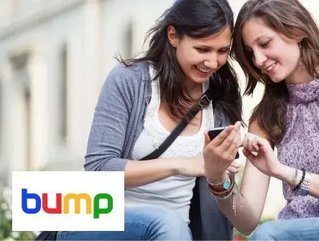 Google has bought Bump, the mobile phone app that allows users to exchange information simply by bumping their phones together. The move was announced on Bump’s official blog on Monday 16th September.

David Leib, CEO at Bump wrote on the company’s blog: “Our mission at Bump has always been to build the simplest tools for sharing the information you care about with other people and devices. So we couldn’t be more thrilled to join Google, a company that shares our belief that the application of computing to difficult problems can fundamentally change the way that we interact with one another and the world.”

Although the terms of the deal have not been officially announced, experts are guessing that it falls between $30 and $60 million. Since its inception, Bump has raised over $20 million in venture funding from Sequoia Capital and Andreessen Horowitz among others.

Lieb, Andy Huibers and Jake Mintz founded Bump in 2008 at the University of Chicago. In 2009 the company released its iOS and later its Android apps and within a short space of time racked up more than 100 million downloads.

The idea has been given worldwide credit, however mass adoption was curtailed by the fact that all users needed to download the app. Furthermore competition from LinkedIn and its business card sharing tool CardMunch have put a spanner in the works for the company.

Now with Google’s support however, everyone is expecting big things from Bump. Watch this space.

Where do you think Google is going to take Bump? Join the discussion on our Facebook page.