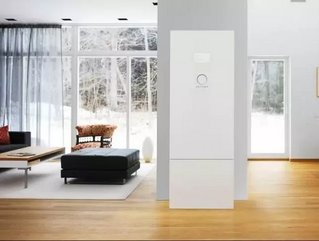 Battery storage could be the key to reducing spiralling energy prices for Australian consumers, and German firm sonnen appears to be stealing a march on its rivals.

Announcing itself at an event in Sydney this week, the company will offer packages costing between $30 and $50 a month, depending on the size of household and required battery unit. Customers could even be given free power if surplus energy is used to feed into the wider grid.

So, how does it work? Sonnen plans to build its own grid of power through a network of its own batteries in Australian houses – the combined power will then provision sonnen subscribers who will effectively trade surplus power, thus massively reducing their costs versus the traditional providers.

An annual bill of $360 is a tenth of that offered by Origin Energy, based on a three-bed house subject to its latest price increases.

The catch is the cost of a battery, which at the moment costs around $14,000. However, sonnen says this cost will be recouped after just five years based on current monthly price comparisons.

At the moment, Tesla is sonnen’s most direct rival, but Elon Musk’s company has done a good job of educating the Australian market in the perks of battery storage, which will play into the German firm’s hands.

Sonnen predicts sales growth of 300 percent for the next 1-2 years, and has also secured a deal with Natural Solar to supply and install its units, the same company that works for Tesla.

The scheme has been a hit in Germany, with 60,000 customers making up its virtual power plant.