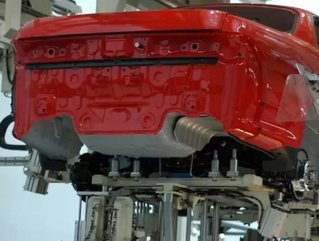 Ford Motor Co. has announced plans to further weigh in to the electric vehicle market with the signing of a memorandum of understanding (MoU) with Anhui Zotye Automobile Co., a major Chinese manufacturer of zero-emission electric cars.

The MoU will see the two companies working together in a 50:50 partnership on the development and production of passenger vehicles in China.

“The potential to launch a new line of all-electric vehicles in the world’s largest auto market is an exciting next step for Ford in China,” said Ford Group Vice President Peter Fleet.

“Electric vehicles will be a big part of the future in China and Ford wants to lead in delivering great solutions to customers.”

With Chinese automakers required to abide by new rules in a national scheme to try and reduce pollution and boost electric car sales, Ford expects the market for new energy Vehicles (NEVs) in China to grow to six million units annually by 2025, with predictions that two thirds of these will be electric vehicles.

All vehicles produced under the MoU will be released under an indigenous brand that would aim to grasp a sizeable portion of the electric passenger vehicle market within China.

“The MoU between Zotye Auto and Ford opens the door for us to explore our cooperation in the development of clean energy vehicles,” said Anhui Zotye’s President Jin ZheYong.

“This presents us with an exciting opportunity to leverage each other’s strengths in achieving a win-win situation for both parties’ growth in the fast-evolving Chinese electric vehicle market.”

Further details such as the name of the brand will be released upon the finalisation of a deal, which is subject to regulatory approval.