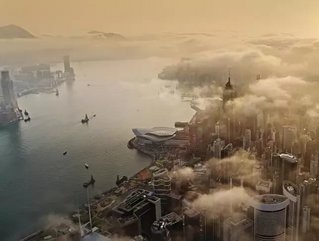 In 2014, China’s Premier of the State Council, Li Keqiang, declared a “war on pollution”, citing the smog enveloping China as “nature’s red-light warning against inefficient and blind development”. He pledged to reduce steel and coal-based electricity production among other initiatives.

Since then, China has been making inroads into reversing the damage and is making moves into the wider world to gain technology and expertise in its battle with smog. This may not only present opportunities for China, but for western business too.

It has also made pledges progressing from vague goals to legislative targets, to try and curb pollution and move towards sustainability. According to David Wright, Director for China at Turquoise International, a UK-based investment bank, this is essential if China is to become the developed, globally-connected nation it wishes to be.

Volkswagen to invest $12 for EV production in China

China and Europe to partner in tech innovation for Horizon 2020

At the Communist Party Congress this October, president Jinping Xi pledged to open China’s doors wider and continue to battle climate change. Wright comments: “One of the things that Xi was saying was that China will continue to open up and connect to the world, and that’s all part of this strategy of how China can be developed and stable country.”

“When I left Beijing in 2014, the air was dangerous. It has moved from just being annoying to actually being dangerous and I think that’s the issue with water, soil and air in China. If they want long term stability and growth, this is a very key part of achieving that.” Wright feels China’s efforts to deal with pollution are “heavily linked with macroeconomic strategies and the development of China in general”.

However, this development is no mean feat. As industry booms, reductions in pollution levels waver. This year, China’s manufacturing industry reportedly grew at its fastest pace since 2012 – and this may have helped to scupper China’s hitherto progressive improvements in air quality.

Between January and July 2017, air quality worsened, with the 12 cities in Northern China reportedly seeing an 11.3% increase in PM2.5 and other harmful particles – the first rise since 2013. This resulted in a crackdown to meet 2017 targets, with some cities pledging to halt steel production for the winter months. The Ministry for Environmental Protection also launched a year-long special inspection.

One of China’s recently announced plans includes moving exclusively to ethanol-based gasoline by 2020 – which will not only tackle pollution problems in the world’s biggest car market but also use up stockpiles of corn – and ending the sale of petrol and diesel cars in favour of electric or hybrid equivalents, though the timetable for this remains to be finalised.

In addition, 2016 saw just 3mn tonnes of renewable fuel being used, and China will need to up this to meet targets – but it has pledged to produce biofuel “on a large scale” by 2025.

According to Wright: “A lot of this is coming right from the top, this is a strategic focus. As air pollution has got so bad, it’s become a real social issue – there’s a lot of potential for social unrest because of air and water pollution and problems with food, which has resulted in an increase in imported western food over the last few years.” Indeed, in 2014, agricultural pollution was named as a huge problem and 8mn acres of China were believed to be too polluted by heavy metals to grow crops.

The government has also used technology to allow its citizens to keep tabs on pollution, building a network of monitors to track PM2.5 with data made available publicly to smartphone users who can track local air quality, with the option to report breaches in pollution levels.

Indeed, China’s efforts heavily involve opening up to other nations, another important point discussed at the congress. “Xi mentioned China is going to focus on an equal deal for western companies as well as Chinese companies. In the last few years there’s been a real openness and desire, particularly by local governments in China, to support and bring in western business.”

In August, China’s Minister for Environmental Protection Li Ganjie called for closer cooperation between China, South Korea and Japan in the improvement of air quality. According to Xinhau, Li said that improving air quality was a priority of common concern for the three countries, and was the first area of cooperation under an action plan for the period from 2015-2019. He praised the previous work of the countries in tackling air pollution and sandstorms, and expressed hope that “the three sides would continue giving full play to their respective advantages, and share experiences on environmental protection on the basis of mutual respect and win-win cooperation”.

China has some big goals it cannot achieve alone. Wright comments: “In some ways, regulation is getting tighter in China in that what they need to achieve is further on than in Europe or North America. For example, China wants to be the leading electric car manufacturer in the world, so their market is ahead of Europe and North America as the government urges manufacturers to come up with solutions. In many ways, they are leapfrogging in terms of regulations and support. China is already asking more from their domestic regions than the west.”

Opportunities for the west

As for the UK companies Turquoise deals with, “there are a lot of UK acquisitions going on, but a lot of it is western companies pitching to the Chinese to see if they’re interested or not. There’s been a lot of hesitation or feeling that it’s a lot of hassle dealing with Chinese investors, because of the history where there’s been previous outbound investment from China, mainly from state-owned enterprises of high-level individuals. It hasn’t been particularly commercial.”

Now, however, things are changing. “The big move for outbound investment is that a lot of it is now coming from listed companies in China which are more commercial.

“Everyone at a big level and lots of companies at a smaller, venture capital, early stage level, are trying to get in – but at that level I think it’s harder to have the resources and spend the money that’s needed. Across the board, China is recognised because of the size of the market but also because the central government is really encouraging development.

“One of our portfolio companies, Bactest, a UK water tech company, has partnered with a Beijing sewage treatment utility to trial their technology, and they’re working on a few more links.

China’s proactivity and willingness to reach beyond its borders will not only prove helpful in developing the nation, but lucrative for those western businesses willing to dive into the market: “There’s going to be an increasing amount of outbound investment which is really worth, from a UK perspective, finding out about and getting involved in.”

This article is available in December's edition of Business Review Asia