eSports has made it to the Asian Games, thanks to Alibaba 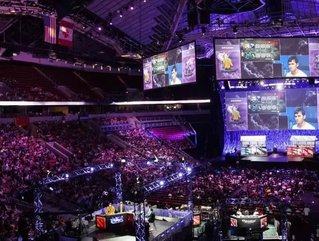 Alibaba it taking its long term support of competitive video gaming (or eSports for those who don’t know) to new heights. The Chinese ecommerce giant has made a deal with the Olympic Council of Asia to see that eSports is included as a medal sport at the 2022 Asian Games in Hangzhou. Esports will be played as a demonstration sport at next year’s Asiad in Jakarta.

Alibaba has also thrown its weight behind getting eSports approved as an Olympic sport, investing as much as $150 million in Korean group campaigning on this issue.

Esports continues to rake in massive revenues and is set for continued growth in the coming years. Competitive video gaming generated $493 million in 2016, according to Newzoo and attracted an audience of 323 million, with over half coming from Asian countries.

The chief executive of Alisports, Zhang Dazhong, said the sports market in China “vast and huge,” and has outlined plans to generate revenue from analysing the sporting preferences of the Chinese consumer, to driving ticket and merchandise sales using Alibaba’s e-commerce platforms. Alibaba is reportedly sponsoring the Olympics for as much as $800 million through to 2028.

While competitive video gaming can trace its origins back to Stanford University where, in the early 1970s, students would get together and play Spacewar, the sport didn’t really take off until the mid-90s with the advent of faster broadband in South Korea.