Ergon Energy Hopes to Save Millions With Google Tool 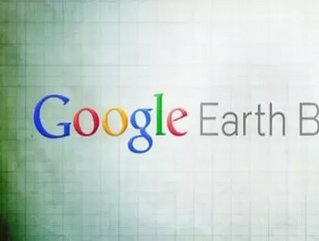 Ergon Energy, a Queensland government-owned electricity supplier, plans to save millions of dollars through the use of Google’s latest tool, Google Earth Builder. This brand new Google tool is a revolutionary technology that employs a mapping platform to host 3D geospatial information online.

Ergon Energy is one of the first customers in the world to adopt Google Earth Builder and it will use this new tool as the central hub for Ergon’s mapping data. Ergon has high hopes for Google Earth Builder. Even though Ergon just adopted the use of this tool, Ian McLeod, chief executive of Ergon, says Earth Builder has the “potential in future” to replace geographic information systems, more commonly referred to as GIS, according to Australian IT.

According to Australian IT, McLeod told The Australian that Google Earth Builder would help Ergon Energy make better business decisions and improve productivity as the information was hosted “in the cloud” or on the web.

In August, Ergon will dispatch an aeroplane to survey 150,000km of power lines, starting with areas of vegetation. All of the aerial imagery captured will be uploaded to Earth Builder, processed then published in a user-friendly format similar to Google Maps.

The end product, which will be stored by Google privately and securely, will be used by Ergon staff, who will be able to easily access the spatial data anywhere and anytime online, says Australian IT.

"The broader savings in terms of disaster response, designing customer connections, augmenting the networks, putting a higher degree of asset inspection and risk management ... all those sorts of areas means savings," McLeod says, according to Australian IT.

"We would expect as the product (Earth Builder) matures to be saving tens of millions of dollars,” says McLeod, according to Australian IT. "Enabled from this process … (we will have) better information, better decision-making, better work practices, better response (times) ... it all adds up quite quickly."