Energy Saving Light Bulbs: Green Until the Light Goes Out 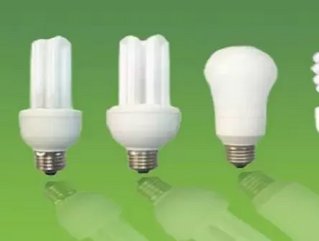 Switching to energy efficient light bulbs only greens your lifestyle temporarily; once the light goes out, the effect is even more environmentally detrimental than that of a regular bulb.

News.com.au reported today that 95 per cent of light bulbs in Australia are discarded with the regular household rubbish, increasing the chances that the bulb will break and release the mercury inside. Once the rubbish arrives at the landfill, there is a greater risk that this leaking mercury could make its way through the ground and into the water supply systems.

According to the findings of Germany’s Federal Environment Agency study in 2010, when broken, twisty eco-bulbs contain a level of toxic mercury vapour that’s up to 20 times more hazardous to humans than that of regular bulbs. In the US, a similar study concluded that the mercury vapour emitted from one busted bulb was 300 times higher than “the recommended safe level of inhalable mercury vapour.”

Exposure to mercury has been linked to a multitude of serious health problems in humans including nerve, brain and kidney damage; lung irritation; DNA and chromosomal damage; and reproductive effects such as birth defects and sperm damage. (These dangers apply when a bulb has been broken and the mercury is exposed.)

Unless Australia has plans to install GE’s mercury-free GE 27-watt Energy Smart LED bulbsin households across the nation, councils are urging the Government to implement a light bulb recycling program that would make disposing of these light sources less potentially harmful to the environment – and to humans.