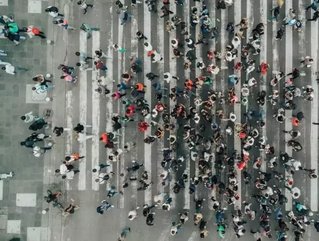 Urban air mobility refers to the concept of a low-altitude airborne transport network facilitated by drones for both passengers and goods.

EHang’s selection of Guangzhou comes alongside a commitment to develop the necessary infrastructure to support the network. This includes a government operated command-and-control center as well as the establishment of safety rules.

Currently in a pre-commercial state, EHang will test routes for passengers and goods in the city as it expands to cover a greater area.

Hu Huazhi, EHang’s founder, chairman and CEO, said: “We are very excited about exploring the various meaningful ways in which AAVs can solve some of the stressors our congested cities face. We are in conversations with other cities, not just in China, to develop safe, efficient and affordable autonomous air transportation.”

EHang unveiled the world’s first passenger drone in 2016, and in its press release hailed the support of delivery company DHL-Sinotrans and retailers Yonghui in helping facilitate its first commercial operations in the city.

Guangzhou’s Vice Mayor Chen Zhiying said: “Guangzhou is one of the four transportation hubs in the Greater Bay Area. The city has always been very accommodating to innovation, which provides EHang with the perfect ecosystem to build out a smart UAM market.”