Cyber Crime in Oz: What Telstra and CommBank are Doing to Improve Cyber Security 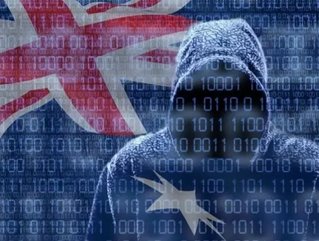 As cybercriminals are becoming more skilled and sophisticated, cyber security has become one of the major concerns for Australian businesses.

Cyber attacks can be very costly for businesses, potentially causing them to lose important data, suffer substantial financial losses, sustain reputational damage and even face lawsuits. As such, both small and large companies in Australia are stepping up their efforts to minimize the risk of cyber-attacks. Here is a look at the prevalence of cybercrime in Australia and some of the measures that Australian companies are taking to improve their cyber security.

According to a survey conducted by Computer Emergency Response Team, about 56 percent of businesses in Australia experienced at least one computer security attack in 2013. Most of the attacks came in the forms of targeted emails, virus or worm infections, and Trojan or rootkit malware. The respondents of the survey said that the attacks were targeted at their organizations and they were not random or indiscriminate.

A Ponemon Institute study found that cyber attacks cost Australian companies an average of $2.8 million in 2014. Churn rates following data breaches are at an all-time high, increasing by an average of five percent.

However, Australia's cybercrime situation is significantly better than that of the United States, where 77 percent of businesses detected at least one security event between 2013 and 2014, according to the 2014 U.S. State of Cybercrime Survey.

In an article entitled "Privacy has Been a Concern in the United States since the Very Beginning", it is said that the U.S. government is working with technological experts, organizations and members of the public to devise effective solutions to improve cyber security throughout the country.

Read related article from Business Review Australia:
What the Sony Hack Has Taught Companies About Security
Three Reasons Why Cyber Security Should Be A Priority to Company Directors

In Australia, Prime Minister Tony Abbott announced in November last year that the government will be reviewing the country's cyber security strategy to enhance protection against cyber-attacks.

What Australian Companies are Doing to Improve Cyber Security

Telstra is one of the Australian companies that invests heavily in cyber security. In order to reduce cyber security risks and better protect its networks and data from external threats, the company has developed many security controls for its networks based on its understanding of industry security best practices and known threats. These controls are reassessed on a regular basis to ensure that they are constantly effective given the evolving nature of cyber threats. Telstra has also created programs to raise awareness of cyber threats and ensure that its vendors and employees comply with its privacy and cyber security standards.

Commonwealth Bank of Australia is another company that has taken extensive measures to combat cyber-attacks. Some of these measures include implementing two-factor authentication and other advanced security features to protect its online banking channel, educating its customers on how to protect themselves online and urging the Australian government to update its cyber security strategy.

The fight against cybercrime is a long-term endeavor. As cybercriminals become more advanced, Australian companies have to continually upgrade their cyber security strategies in order to protect themselves and their customers with greater success.

About the Author: John McMalcolm is a freelance writer who writes on a wide range of subjects, from social media marketing to Cloud computing.