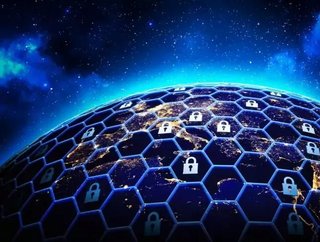 Zurich’s Global Risks Report for 2018 has highlighted the increasing threat businesses have to contend with in the field of cyber security.

According to the report, cyber breaches recorded by companies have doubled since 2012 from 68 per business to 130 per business in 2017, with ‘dark net’ markets for malware goods and services having undergone a resurgence.

The proliferation of cloud services being used by companies has also further exposed them to risk, with the report counting Internet of Things (IoT) devices globally at 8.4bn, which exceeds the global population of 7.6bn. By 2020, that number is expected to reach 20.4bn.

Oxford University: China ahead of US in Big Data but behind in AI as a whole

Businesses are committing more and more capital to preventing cyber attacks, with 254 companies surveyed last year putting aside an average annual firefighting sum of £11.7mn. $8trn is expected to be spent collectively on stopping attacks around the world over the next five years.

The Global Risk Report, an annual publication by the Swiss insurance group, also investigates the environmental risks that have developed in recent years alongside those associated with cyber security, while too measuring fiscal indicators that suggest potential threats to the global economy.

By reading the report in full here (link below), executives can learn more about risks that could be just around the corner in Zurich’s new ‘Future Shocks’ section, while in ‘Hindsight’ the report looks back at past editions to analyse the evolution of previous risks.

Created in partnership with Marsh & McLennan Companies, the National University of Singapore, Oxford Martin School at Oxford University and Wharton Risk Management and Decision Processes Centre, University of Pennsylvania, the 2018 report was Zurich’s 13th edition of the Global Risks Report.