Contribution from Rouse: Technology in Asia - The Future 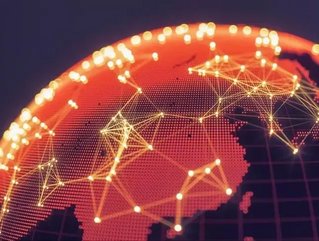 Technology is key to the future

It will create solutions to the global challenges of our time, such as climate change and an aging population. It will also drive economic growth as products and services emerge which better address consumer needs. Asia is rising in importance as both a buyer and creator of new technologies and businesses must respond to these trends to secure future markets.

Underpinning these new cutting-edge technologies is innovation, which in turn is driving business model change. Indeed, companies who are operating in traditional sectors but have adopted technologies to improve their product offerings, are now seeing themselves more aligned with the tech sector rather than their traditional market segment.

For example, Ocado, on the face of it a UK grocery delivery company, has in fact invested significantly in building its own unique automated warehouse processes and robotics which it is now selling to other retailers across Europe, Canada and the US.

Even where companies are not undertaking development themselves, technology can be used to their advantage by growing their consumer base and attracting investors. Luckin Coffee, the Chinese equivalent to Starbucks, is creating excitement by deploying services such as facial recognition for in-store ordering and the ability to watch your coffee being made live through an app.

Yet the nature of innovation is changing. As the sophistication of R&D grows, companies increasingly find they can no longer rely on being the sole creator of their innovations. Instead, drawing together cross disciplinary external expertise, agile organisations and new perspectives brings greater rewards. A notable instance of this is Procter and Gamble’s ‘Connect Development’, a platform which brings in external innovators to enable P&G to solve its most complex challenges.

To meet the demand for greater diversity in thinking, international and cross border collaboration has become critical and Asia is playing an increasingly prominent role. Established ‘innovation nations’, such as Japan and Korea, are now viewed alongside China, which has become the poster child for rapid R&D capability development.

In 2017, China spent USD 279 billion on R&D across its economy. Furthermore, spending has seen an average year-on-year increase of 14% over the past 10 years, which, combined with innovation-friendly policies, has paved the way for much of the development to date. This is evidenced by the fact that China was ranked 17th in the Global Innovation Index in 2018, up from 29th four years previously. This shows no sign of slowing and the OECD predicts that by 2020 China’s spend will overtake that of the US.

The investment is certainly paying off. In many areas, China is now world-leading in certain technologies and rivals the US and other leading innovators. Strengths are particularly clear in artificial intelligence, retail technologies such as AR, VR, e-commerce and mobile payments, as well as energy and healthcare.

For example, between 2013-2016 the number of transactions made through non-banking mobile apps increased from 3.4 billion to over 97 billion.  This is an outstanding figure given those payments are made through service platforms such as WeChat and Alipay, outside of the formal banking structure. Although not a proxy for innovation, China also owns 56% of the global Blockchain patents, demonstrating the volume of resource which is being channelled into these new technologies.

Despite many strengths however, China currently licences a much greater level of foreign technology compared to Chinese entities licencing the other way. Nonetheless, as the ‘middle kingdom’ becomes an innovation nation, there will be less of a need to import. Instead, foreign companies will either deploy domestic innovation or co-develop new solutions. Eli Lilly’s partnership with Hutchison China Meditech is another good example, which has culminated in China’s first ever home-grown cancer treatment. In future, foreign retailers will need to utilise Chinese retail tech to grab the attention of consumers in-market, who are rapid adopters of new technologies.

Of course, as China develops its own position there will be spill-over effects into Asia. Indeed, a thriving start-up ecosystem has emerged, accounting for a significant proportion of global unicorns and some of the largest tech companies globally, with BAT (Baidu, Alibaba and Tencent) technologies pushing deep into new markets. In August 2018, JD.com, China's second-largest e-commerce platform, opened its first unmanned and cashless store outside of its homeland in Jakarta.

But China is not the only innovation-focused nation. Singapore is fostering its own ecosystem, looking to attract international start-ups and encourage commercialisation of new technology. The Malaysian government also has an active policy and is focusing funding on indigenous inventions, whilst Indonesia attracted at least USD 3 billion in venture capital in 2017.

To successfully deliver these new complex collaborations and create value in changing fast-moving markets, new business models and approaches are required. It is no longer sufficient to create, protect and defend your position through legal registration of your intellectual property rights.

Instead, businesses need to think more broadly about how they create value in-market, collaborate and co-create using their technology, brands, data and content; otherwise known as intellectual assets.

This requires a strong understanding of the market you wish to participate in and a clear definition of your ambition, opportunities and risks to account for market and regulatory differences. It is therefore crucial to have the correct internal alignment of assets and participate in the market with the right partners, using the best structures to deliver a deal which works equally for both parties.

Given current global trade tensions, it could be easy to look inwards. However, it is now more important than ever to foster trust and ensure global innovation pipelines remain open to deliver benefit for all.

Holly White is a Technology Consultant at intellectual property services firm Rouse, which focuses its IP operations in emerging markets