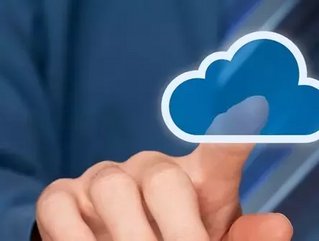 This story originally appeared here in the February of Business Review Australia magazine.

Cloud computing is heating up in the Australian business world. In early November, Verizon announced plans indicating it will compete directly with Telstra for telecommunications contracts, including cloud services and technologies. Also this fall, IBM announced an enterprise cloud computing offering, to be based out of Sydney. In June, Amazon opened a data centre in Sydney, to support its cloud computing business.

Many CIOs are looking seriously at the competitive advantage of cloud computing in their organisations and are stepping up their plans to migrate data and apps to SaaS and public cloud vendors. The Business Software Alliance reported that Australia was the second-most prepared nation for cloud technologies, while Forrester Research stated that the public cloud market in Australia will grow from $732 million in 2011 to $3.2 billion in 2020.

Issues that were nearly prohibitive for Australian businesses a few years ago, such as data residency and security concerns, are getting resolved through new standards, processes and local vendor support. Australian companies in the high-tech, financial services, professional services and media sectors are most aggressive today with cloud deployments. Increasingly, midsized and enterprise companies are initiating sizable cloud projects and are integrating cloud computing into their broader IT strategies.

Popular uses of the cloud

Australia’s progression with cloud applications has followed a common path beginning with messaging, collaboration and CRM applications, with more progressive businesses moving into field service applications and human capital management (HCM).  According to Forrester Research, in 2010, CRM accounted for approximately 30 per cent of SaaS revenue in the Asia-Pacific region, while content and collaboration accounted for nearly 35 per cent of all regional SaaS-related spending. Cloud ERP is growing more slowly for now, as companies are still cautious about storing financial and operational data outside company walls.

Australian businesses are excited about using public cloud services as an agile platform to extend core systems and deliver unprecedented scalability and flexibility. For instance, customer profiling and behavioural data is a perfect fit for the cloud, where sales reps can access a frequently-updated store of customer insight from any location while servicing customers. As well, self-service websites are growing in popularity, so customers can easily view order history, conduct transactions and learn more about relevant offerings from the company.

Business gains from the cloud

Reducing IT costs has been a calling card from cloud vendors for years, given the elimination of upfront capital investment on software licenses and hardware and the mitigation of expensive maintenance, updates and upgrades that come with on-premise systems.

Yet cost avoidance is low-hanging fruit for companies making notable investments in the cloud. Reliable cloud partners can deliver enormous latitude in scale; as the business changes, the CIO can quickly adapt the infrastructure to respond to a new business opportunity or scale back support where they no longer need it. As well, SaaS applications provide companies with an easy way to standardise and adopt new business processes, which can help a company operate more efficiently and develop better customer relationships.

As just one example, cloud technology is emerging as a way to achieve regulatory compliance. The adaptability of the cloud has allowed many organisations to build platforms that meet regulatory requirements for data collection and distribution. Cloud providers are also helping assess corporate business processes, identify areas for process improvement and then map those outcomes to the best cloud technology solution. Consider a large construction company with a multi-step process for bidding on new work. Typically, the account managers use spreadsheets and other manual processes to keep the wheels in motion, but that is error prone and can slow down response times. With a SaaS application for sales, the company can streamline and centralise the workflow through an online portal, where parties can submit, review and sign off on documents. Employees can also use social and document collaboration tools such as Salesforce Chatter or Google Drive to solicit real-time feedback about questions relating to the project bid.

Another exciting area for business cloud computing is product and service innovation. A compelling example is the story of Hire-a-Hubby, the handyman franchise service. The company gives its handymen mobile devices installed with Salesforce Service Cloud. From the field, workers can complete job detail forms, transmitting customer and project data back to the home office, and chat in real-time with colleagues when they have questions about a task.  This saves time on manual data entry, reduces errors and helps deliver excellent results for the customer.

Australia has some of the most rigorous privacy laws in the world, which means that business leaders must pay close attention to safeguarding customer data and preventing breaches. In early days, data residency concerns loomed large. Australian executives were loath to release their data to third-party data centres—particularly those offshore. This concern was heightened with the US Patriot Act.  As the industry has matured, however, cloud vendors have helped ease the residency concerns by storing data onshore, and through devising customised encryption policies, classified by risk level of the data. Companies have developed master service agreements that cover these storage and security policies, with clear language regarding resolution for contract breaches, and public cloud encryption software companies have assisted in implementing these encryption polices.

Universally, companies tend to struggle most with change management. The cloud accelerates time to adoption of a new technology from many months to weeks or even days.  IT is usually pretty happy about this but employees now have much less time to learn a new system and the new processes that come with it. Consider also that SaaS vendors release new versions of software every few weeks, so changes never end. Many companies in Australia don't have formal change management processes, so they rely upon SaaS providers or third-party consultancies for help. Ultimately, IT departments will need to develop better internal change management programmes, as cloud and SaaS adoption grows.

Finally, cloud computing has created a host of new skills and roles that companies are just beginning to digest. Instead of application developers and systems administrators, IT departments now need business analysts and cloud architects who can manage relationships with vendors, harness all the data being produced in the cloud and oversee performance metrics and user needs. In Australia as in other countries, the labour market still needs to catch up some so that companies have access to a healthy pool of candidates skilled in these new technologies and business models.

Given its location and the strength of homegrown industries, Australia has been relatively sheltered from global economic issues. We don't see the cloud business slowing down here, regardless of market instability elsewhere in the world. In fact, our business has been doubling year over year since 2008. We are finding that customers are most interested in learning how they can adopt cloud computing and then re-engage with us later to enhance existing deployments. Within a few years, we expect that a much higher percentage of companies will take the gamble of running their business fully in the cloud, a trend confirmed by KPMG in this report on Australia.

As concerns over security and data residency continue to fade, we see companies in high-cost regions such as Australia gravitating toward efficient and scalable cloud technologies. Sectors such as government and education, which have traditionally been slower to adopt new technologies, will become active adopters of cloud computing.  While cost savings will still beckon new entrants to the cloud, the new ways of working and serving customers through open, Web-based systems will be the top drivers for Australian businesses in the next few years.

Paul Mansfield is the Australia and New Zealand (ANZ) General Manager of the Salesforce business unit at Cloud Sherpas.  He is responsible for the growth and operations of the division, and integrating with Cloud Sherpas’ Google business unit.