China ahead of US in Big Data but behind in AI as a whole, Oxford University finds 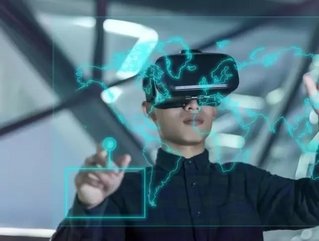 China has made no secret that it wants to lead the world in all things AI – but a recent study by Oxford University suggests the fast-growing nation still has a long way to go in order to catch up with its main rival.

The study states that in almost every AI area, China lags behind the US.

The report, compiled by Oxford’s Future of Humanity Institute, was entitled Deciphering China’s AI Dream and aimed to investigate “the context, components, capabilities and consequences of China’s strategy to lead the world in AI”.

The only area China was ahead of the US in, according to the study, was “access to data”. It lagged behind in “overall capacity for developing technologies in the field,” scoring 17 versus the US’s score of 33. Other areas measured included hardware, research and algorithm, and commercialisation of the industry.

China has access to data from over 700mn internet users, so it’s no surprise its Big Data development has been a success, but the report shows that this has not had the overall advantageous impact the country hoped for.

China has a population of about 1.38bn, with over 1bn smartphones in use and 750mn internet users at present. The South China Morning Post has explained: “Chinese consumers… are generally tech-savvy and keen to embrace not only products sold online but also entertainment and services enabled by the internet, from live-streaming to food deliveries.”

The report looked into China’s aims. “Marked by the State Council’s release of a national safety for AI development in July 2017, China’s pursuit of AI has, arguably, been ‘the story’ of the past year.” The three-step roadmap announced included building a domestic AI industry worth $150bn, making the country an “innovation centre for AI” by 2030 and building a national AI team.

The “national team” is made up of Baidu, Tencent, Alibaba and iFlyTek, and was officially set up in November last year.

The report outlines that China’s prioritisation of AI development includes specific benchmarks for AI and AI-related industries, “including by 2030 a gross output of RMB 1 trillion ($150.8bn) for the core AI industry and RMB 10 trillion ($1.5trn) for related industries”.