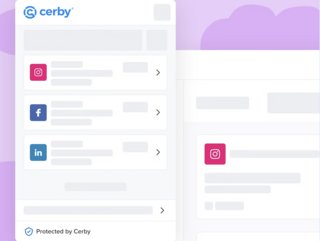 Study by Cerby says 92% of employees and managers in large companies want full control over applications they use, regardless of security concerns

Many managers and employees at large organisations are ignoring advice when it comes to which applications they should be using, causing security issues that could impact the business.

That’s according to a new survey conducted by Cerby, which recently launched out of stealth to deliver the world’s first platform that monitors and guides employee IT security regardless of which applications they use.

The Cerby Zero Trust architecture tackles unmanageable applications in the so-called shadow IT universe – technologies that are used by business units outside the visibility of the IT department, or don’t support industry standards. Cerby launched in 2021 and is already trusted by Fox, L’Oréal, Dentsu, and Televisa.

The study, conducted with Osterman Research, shows 92% of employees and managers in large enterprises want full control over the applications they deploy for work-related purposes.

More concerning for IT leaders could be the stat that more than half of the business professionals surveyed (51%) say they continue to use their preferred applications even if those are specifically prohibited by the employer, and 52% want their IT department to “get out of their way.”

This inevitably sees a rise in unmanageable applications in the shadow IT universe – technologies which don’t offer security APIs or support industry standards like single sign-on, and break Zero Trust principles.

“There’s a chasm between the perception of organisational control over the technologies used for work purposes, and the reality of employees deploying their own preferred applications – companies ignore this trend at their own peril,” says Cerby co-founder and CEO, Belsasar Lepe.

“We all understand why employers disallow particular applications, but this isn’t a feasible policy in the long term. There are new options available – like the Cerby platform – to strike a balance between employee application choice and employer priorities such as security and compliance.”

Employees want to choose which applications they use, ignoring IT team

The study of more than 500 business professionals in North America and the UK employed by companies with more than US$100M in annual revenues revealed:

Many employees were empowered to choose applications during the pandemic to do whatever it took to maintain business operations remotely. This saw many workers shift to personal choices of applications, and that personal preference seems to have remained.