Can Fitbit survive in the age of wearables? 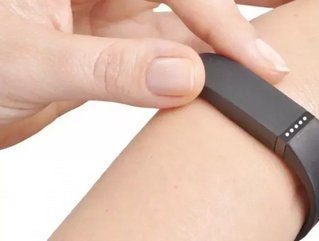 With wearable technology becoming the latest craze around the globe, Fitbit is another device gaining more and more attention, especially for those who are health-conscious.

Following the launch of the Apple Watch earlier this year that was previously discussed by Business Review Australia, the industry’s increased popularity has both investors and entrepreneurs watching closely. Several large tech companies such as Microsoft, Samsung and LG are all getting into the action by putting products on the market, as it’s gone from just a niche category to becoming mainstream.

This is all happening just in time for Australians. In Marin’s first quarter mobile study on how much brands are spending on mobile devices and why, the main trend to emerge is that Aussies love tech wearables. In fact, the study reveals that 33 per cent of customers in the Asian Pacific never take them off. Australian Healthcare businesses are also in agreement, as the study also showed they’re spending 13 per cent more on mobile devices.

RELATED TOPIC: 10 Wearables Every Executive Should Have

Founded in 2007, the San Francisco-based company Fitbit creates a wide-range of devices that can be strapped to your body and used to count your steps during the day, measure your sleep and monitor your workout. It’s also compatible with smartphones and can track your caloric intake as well as other daily health metrics.

With nearly 600 employees and nearly $83.5 million in investment funding from financial institutions such as SoftTech VC, SoftBank Capital, True Ventures among others, the company believes it now has about 9.5 million users who use the product in some way.

However, as the Apple Watch is also equipped with a health and fitness device in addition to its other features, will there still be a place for Fitbit? After all, it was designed to be a fitness tracker and not do very much else.

Competitors such as Pebble and Samsung have also developed their own products to compete with Apple’s new smartwatch OS and Google’s Android Wear. “The market has become much more competitive in terms of the number of products and innovation,” said Wes Henderek, an industry analyst with the NPD Group. “It has become much harder for Fitbit to maintain an innovative product edge in this market, even though it does have a wider product range today than six months ago.”

The question becomes does health and fitness alone capture the consumer’s attention, or do they want a device that does it all?