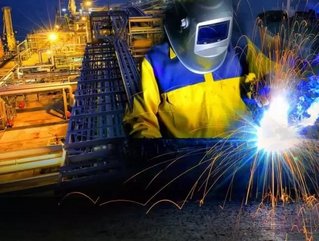 The competition between Australian and Chinese steelmakers could not be any more fierce. The past years have seen China strike multiple blows to Australian suppliers, winning huge steel contracts thanks to a combination of undervalued currency, cheaper materials, and the government-backed resources of its home producers. The Australian market has been left reeling, and faces an important question in 2016: Can it compete? Is there a way to survive in the current market? The answer, as usual, depends on a myriad of market reactions–but there is a path forward.

China’s aggressive movement into the Australian market has undoubtedly led to shutouts for many local companies striving for lucrative contracts, a trend so powerful that Australian steel production is only running at 50 per cent capacity these days. Once-immense companies like Arrium are now appraised at a fraction of their former value.

China's motivations are more complex than they may appear on the surface. This isn't just about economic control, but about serious problems back home. As the Chinese economy weakens, China’s global position is shifting–and the country’s massive production feats, a steady income source for more than a decade, are entering a state of rapid decline. As a result, China is currently filled with steelmakers who must find new buyers for more than a billion tonnes of steel annually, or risk collapse.

How is China winning the steel market? Pricing. It's a formidable weapon, but it’s also one of the only weapons that China’s steelmakers have. Australia-based companies, on the other hand, have both a local advantage and more tools to choose from. Rather than trying to beat Chinese companies directly, the Australian industry is trying a two-pronged attack involving government intervention and brand undermining.

While government intervention may take time, it is in the interest of politicians and market forces alike to help subsidize and save the Australian steel industry, which makes new programs and import laws very likely. Government decisions can only do so much, however, especially at this late stage in the game – and they cannot as easily affect the international market for Australian steel.

This is where the other part of the gambit comes in: brand differentiation. We are already starting to see Australian companies draw comparisons between the quality of their product and cheaper Chinese alternatives. It's not exactly a difficult point to make: one of the weaknesses of Chinese production has always been quality, with issues noted in rust, poor alloy ratios, welding errors and bad assembly. Calling attention to these issues is a classic marketing move that may work the Australian companies in an industry where quality is so often vital. The future shows a smaller, more nimble steel industry for the country, but one that certainly intends to survive.