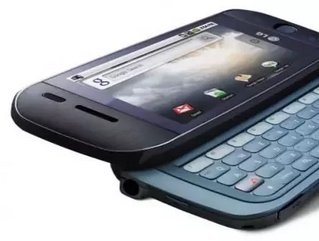 Constantly improving technology and endless new model releases have made selecting the right smartphone more difficult than ever but there’s one trend that isn’t going anywhere soon—the convergence of a multitude of features into one small portable device.

It’s time to get rid of your iPod, digital camera and PDA and get yourself one of the latest smartphones from Apple, HTC, LG, Blackberry or Nokia. With prices ranging from $200-$1000, there’s a handset to suit all users needs and budgets. The most popular Operating Systems are Symbian, Blackberry and iPhone, with several popular brands operating on the Android OS. Read on for a list of our favourite choices.

Apple iPhone 4
The iPhone 4 needs no introduction. With increasing competition in the smartphone marketplace, Apple promptly responded with the iPhone 4. Pricewise, this feature-packed phone sits at the very top end of the market. Top features include a crystal clear, high-resolution retina display, two cameras (front and back), with the back 5 MP camera boasting a built-in flash and 5x digital zoom and HD video recording.

The latest iPhone model is the first to feature FaceTime- video calling from one device to another within WiFi zones, and the iOS 4 allows multitasking without affecting speed and performance of the device. This smartphone combines your iPod, digital camera and phone all in one slick package. Reception issues and a limited battery life haven’t done much to damage sales of this hugely popular handset.

HTC Aria
The Aria is the latest addition to the very popular HTC smartphone series. Following the massive success of the HTC Desire, the Aria also features premium design and quality construction. It operates using the new Google Android 2.1 Operating System, which has its own packed app store containing most of the apps available from Apple. The compact handset features a high resolution display and touchscreen, which sets it apart from other large, bulkier smartphones.

Some of its best features include Friend Stream—an integration of all social networks into one stream of updates. It also boasts expandable memory with SD memory cards that make adding memory not only easy, but cheap. The 5MP autofocus camera lacks a flash, a minor flaw in what is a very reasonably priced, high performance device.

Nokia N8
Nokia’s latest offering features a 12MP camera with flash and digital zoom, completely wiping the floor with every smartphone camera in the market. A nice feature is the Mini- HDMI port allowing direct connection to a monitor or flat screen TV so you can display your extremely high quality camera images, play your HD videos or a bit of some big screen gaming.

This sleek, aluminium-cased handset offers the best camera and connectivity, however suffers from its Symbian 3 Operating System that can become unresponsive while multitasking and isn’t as user friendly as other Operating Systems in the market.

Blackberry Torch 9800
An enduring favourite with business users, Blackberry is less about Apps, games and music and more about creating a high performance business mobile device. The device features both a QWERTY keyboard and touchscreen, allowing faster emailing and SMS. Blackberry has an integrated social network and the new Torch has a 5MP camera with 11 photo modes and HD video.

LG GW620
LG has been successful in creating a feature-packed, low-priced device with the GW620, making it a serious contender in the market. It’s one of the many new smartphones operating with the highly functional Google Android Operating System. It features a respectable 5MP camera with autofocus and flash, video player, full keyboard and touchscreen and a full suite of preloaded Google services.

Priced at the low end of the market, this device outperforms all similarly priced handsets and offers the same range of connectivity options and features as some of the handsets offered at double the price.