Australia’s Telecom Giants: The Future of Competition in the Industry 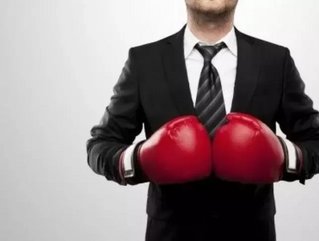 The telecommunications industry in Australia is going through a period of change, led by several factors. Advances in cloud storage and cloud security, a high Australian dollar, fast-moving smartphone technology and alleged monopolies within the sector are forcing the industry leaders to re-evaluate current business strategies.

To keep you informed, Business Review Australia analyses the top influencers in telecommunications to see where the industry is going next.

Telstra – No Longer in Infrastructure?

Australia’s largest telecommunications and media company, Telestra, has a presence in just about every telecomm subsector, although that seems like it is soon about to change. News broke at the beginning of July that the company has accepted structural separation in the face of the renewed efforts for the fibre-to-the-node network presented by the new communications minister.

With Telstra effectively no longer an infrastructure company, the next move is to figure out their involvement with the continued work on the National Broadcast Network (NBN). Categorisation of the NBN seems to be an acquisition of a previously privatised asset. And since Telstra is participating in building two big pilot FTTN networks in New South Wales and Queensland, involvement in the country-wide FTTN rollout would not be a surprise.

The starting price for negotiations, set in June of 2011, is around $11 billion. A large part of NBN Co’s new budget of $41 billion could end up in Telstra’s pocket after a deal is reached, considering the assets NBN will be acquiring from the company are worth more now than they were in 2011. The government will also be looking to buy Telstra’s hybrid fibre-coaxial cable network and is currently negotiating to also buy the company’s copper.

Macquarie Telecom, a managed hosting and telecommunications company with offices all over Australia, also has a lot of changes on the way. In terms of good news, the company recently was awarded the Frost and Sullivan Australian Data Centre Service Provider of the Year award in 2013, demonstrating their commitment to their customers.

Early July sung a different tune when the company announced that it would be downgrading their full year earnings by around $3 million. Several factors contribute to this drop in earnings, including increasingly fierce competition from several other companies, like Telstra. Macquarie Telecom has also delayed several of their large government contracts, pushing the expected revenues from these projects from the end of the financial year 2014 into the first quarter of next year.

"Macquarie Telecom's mobiles business has also experienced faster than anticipated customer migration away from its higher margin offerings to its lower margin platforms," the company said in a statement.

"[Our] dedicated managed hosting customers are progressively moving from its higher cost dedicated managed server infrastructure offering to its lower cost virtual private cloud offering. The speed of this migration has been greater than anticipated over the past six months putting downward pressure on hosting earnings for the half."

Macquarie sees an end to the downgrades however, calling for a balancing out of their earnings in the first half of their 2015 financial year. The cloud-based storage they are currently implementing is less expensive to fund than other storage options, and should offset this year’s slightly lower earnings.

In an industry-first, Vodafone – the British multinational telecom company – is offering its customers unlimited data in the first two months of their updated mobile Red Plans. This move allows the customer to understand their data-usage patterns before wholly committing to their 12- or 24-month contract.

This plan also offers the inclusion of 13 and 1800 numbers, infinite talk allowance, and a change to automated data add-ons.

In conjunction with this plan, Vodafone has also bumped data allowances from the original set limits of their 2013 plans. The 24-month Red Plans will now come in $70, $80 and $100 tiers. These plans offer 3GB, 4GB and 6GB of data respectively (up on the original caps of 1.5GB, 2.5G and 5GB that were included when the plans launched in 2013).

Both Macquarie and Vodafone have taken action - in the form of statements and formal complaints - against Telstra’s alleged monopoly of the telecom industry in Australia.

Macquarie has issued a formal complaint to the Australian Competition and Consumer Commission (ACCC) for bullying other companies and their customers, and an alleged misuse of market power regarding its wholesale partners. Macquarie claims they resorted to the complaint, issued in July, because months of negotiations went unresolved.

The formal complaint details Telstra’s alleged practice of locking regional customers into sub-standard services and limiting their choice of mobile providers. Telstra was supposedly doing this by refusing to provide 4G services to wholesale providers, which led to their wholesale partners offering customers restrictive data caps that were uncompetitive with their own retail offerings.

Vodafone on the other hand, has voiced their concerns to the completion policy review. The company believes that Telstra has a dominance on the telecommunications sector that is detrimental to the public.

"(There is) virtually no effective fixed and mobile competition exists in regional Australia,” said Vodafone. “This is of significant benefit to Telstra, positively reinforcing Telstra's enduring, pervasive, and unprecedented market dominance."

"It is our view that policy makers and regulators in Australia have tolerated a telecommunications market where the incumbent has been protected from effective competition. A high-powered competition policy review and development entity should be created to independently advise the various state and Commonwealth governments and to formally review all regulation against competition principles.”

With Telstra currently under heat from much of the sector, it will be interesting to see how the ACCC responds. Should their operations be declared a monopoly, what effect with that have on their involvement with the NBN project? Only time will tell.