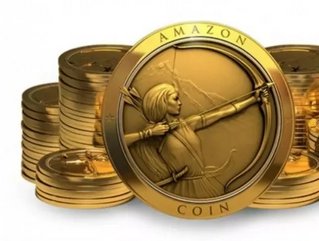 Amazon is now offering its virtual currency – Amazon Coins – to its App Store users in Australia. Instead of using cash to purchase apps and games from the App Store, users can now use Amazon Coins for transactions.

There are several benefits for using the virtual currency: a big one is being able to control the spending of kids both in the Amazon App Store and with in-app purchases, which are notorious for racking up a big bill without the parents’ knowledge. The Amazon Coins can also be used like a gift card. Perhaps the biggest benefit is the discount on the coins, which you can receive from spending upwards of $5 on Amazon Coins.

Amazon Coins were launched in the US and Europe in May of 2013. Australia did not even gain access to the Amazon App Store (where the US and Europe were already using the virtual currency) until that same month. Pricing options were not even available for Australians until November of 2013.

Coins only work in the App Store; users cannot use them to buy Kindle books or any physical products, at least not yet. During the launch of Amazon Coins, the company has doubled the discount. Existing local users of the Amazon App Store also get a special perk of 500 coins as a “thank you” during the launch.