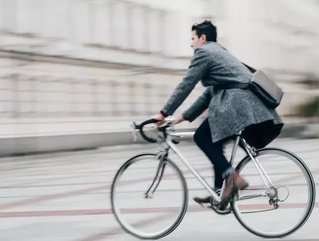 Chinese bike-sharing startup, Ofo, has raised a total of $866mn in its most recent round of funding.

The funding round was led by tech giant Alibaba, and is the latest round since July 2017.

Previous suggestions that Ofo could merge with Mobike, a fellow bike-sharing platform funded by Tencent, have been quashed by the successful fundraising, according to the Asia Times.

GrabPay partners with oBike in Singapore

Ofo was founded by current CEO Dai Wei in 2014 and is based in Beijing, China. Describing itself as the “world leader in station-free bike sharing”, the company allows users to borrow bikes using an app with a flexible payment system, and drop them off anywhere within a given zone. A map also shows users where to find their nearest available bike.

At the moment, the platform boasts around 200mn users in over 20 countries and 250 cities. It has expanded as far as Europe, Australia and the US, and particularly targets the green consumer by encouraging users to turn “the last mile into a green, low-emission trip”.

Wei has assured the media that Ofo is intent on developing by itself and will be supported by a variety of investors.

As part of the debt/equity nature of the funding round, Alibaba now has a place on Ofo’s board, while an existing shareholder is fellow Chinese tech giant Didi Chuxing.