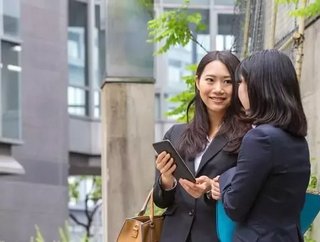 Alibaba is set to roll out its new Alipay Everywhere app and it features a number of exciting features – some more unusual than others.

After an introductory period in China, the mobile app is due to be rolled out across more markets.

Here are four things you need to know:

The strangest (by far!) enables users to ask strangers to carry out work in return for money. The feature was originally used in an elaborate April Fools Day prank last year.

Alipay Everywhere uses location pins on its GPS map - each pin represents a service that can be provided. Users are allowed to pick their service across a range of categories such as repair or education. Alipay also provides a platform for the buyer and seller to chat before the deal is closed.

The buyer makes the payment to Alipay, which pays the money to the provider only after the job has been completed.

The challenge for Alipay is to encourage strangers to use the service and has sought to do this by encouraging engagement among friends and by offering “privileged status” to the first 10,000 providers to use the app.

Ant Financial, the company backing Alipay, is yet to announce charges for service users and providers which could mean that the app won’t contribute to company profits. With a database of 100 million potential users and massive resources at its disposal, operating the app won’t take much for the company.