AirTrunk to expand data centres in Melbourne and Sydney, creating the largest in Asia Pacific 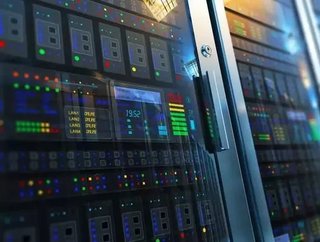 The technology company, AirTrunk, has announced it has raised AU$850mn (US$621mn) to finance the expansion of its data centres in Sydney and Melbourne.

Through the expansion, the firm will have created the largest independent data centres in Asia Pacific.

The Sydney data centre will be expanded to 90MW whilst Melbourne will reach 84MW.

The company had previously revealed plans to invest up to AU$2bn (US$1.41bn) in data centres over a period of three years.

“This is just the start, we're talking billions of dollars for the next raising,” Robin Khuda, Founder and CEO of AirTrunk, informed the Australian Financial Review.

“Typically we don't raise funding unless there is customer demand and commitment. For confidentiality reasons we can't disclose [the customers we've signed up], but it's some of the largest enterprise technology companies globally who will be hosting their large deployments in the facility.”

“Australia has been a good test base for us and we've been able to prove our model and deploying data centres fast, on time and in budget.”

The financing was arranged by Deutsche Bank, which is also the underwriter of the funding. AirTrunk received advice from Norton Rose Fulbright for the deal.

“We saw a substantial amount of global interest in AirTrunk throughout the process, and are delighted to complete this financing arrangement with Deutsche Bank,” Khuda continued.

“Together with the new capital recently contributed by our shareholders, the new funds put us in a strong position to meet the growing demand from large cloud, content and enterprise customers in the Asia-Pacific region.”