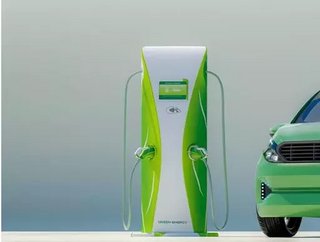 China is making dramatic headway in its transition to the electrification of its automotive industry, states a recently released report by KPMG China.

According to the report, titled ‘Sinocharged: The Bright Future of China’s Electric Vehicle Market ’, China, which has been the world’s largest New Energy Vehicle (NEV) market by sales volume since 2015, has seen its New Energy Vehicle (NEV) market change dramatically over the past year, shifting from one that is traditionally supply and policy driven to one that is now showing signs of a demand-driven marketplace.

The reason? Chinese consumers are increasingly becoming more environmentally conscious, and with that, demanding more sustainable vehicle options. Add to this the regulation changes happening, such as China pledging to become carbon-neutral by 2060, and the country’s transition to electric vehicles looks on the up.

“We are in the midst of an auto industry evolution fusing electrification, mobility, service innovation and connectivity,” comments Norbert Meyring, Partner, Head of Automotive Sector at KPMG China.

Not only are the new generation of start-up OEMs successfully selling New Energy Vehicles, but traditional OEMs are acting on their commitments to launch their own such products, and as a result, “China and major automotive nations are witnessing the beginning of a vibrant NEV market”.

While China’s NEV market has to date been dominated by domestic manufacturers, boasting 80% market share in recent years, KPMG China forecasts that overseas OEMs, which have so far taken a more conservative pace towards electrification, are expected gain market share via their Chinese joint ventures.

According to Gary Xu , Partner, M&As, KPMG China, “market leadership changes will be ongoing, but since traditional OEMs are now more serious about electrification, competition will become more intense both locally and globally”.

To address challenges from industry pioneers such as Tesla, many traditional Chinese OEMs have adopted a model to help foster new thinking while also allowing more collaborations with external parties.

According to Luther Kang, Partner, Automotive Strategy, KPMG China, “traditional domestic OEMs are launching their latest NEV products under separate brands, in some cases under a standalone business entity” and are taking s similar approach with NEV subsidiaries.

Affordability of electric vehicles remains a challenge for most automakers, and since the battery is the major cost, those who can source better-quality batteries are likely to have an edge.

China has managed to secure access to the major material resources to make NEV batteries, and as such “leading Chinese NEV battery suppliers, along with other major Asia suppliers in Japan and Korea, will continue to be the leaders in the global supply chain considering their strong market postion”, states Miguel Montoya, Partner, Deal Advisory, KPMG China.

This would make it a more attractive proposition for consumers, being offered “more customised value-added services such as car care and shopping” states Phil Yu , Partner, Management Consulting, KPMG China, and therefore making “the charging network a more valuable habitat”.

With both Chinese and global New Energy Market demand and fleet size forecasted to grow rapidly, KPMG points to plenty of new business opportunities especially for young auto tech companies in areas such as NEV-specific componenets, charging an peripheral services and other big data applications.

As the industry continues to evolve “there are still opportunities for technology disruptors for both products and services”, Meyring states.