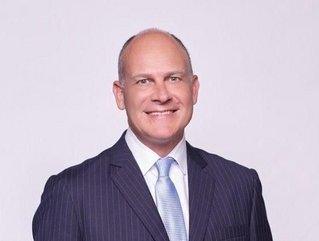 How many CEO poaching attempts does it take to find a leader for a debt-laden airline?

Finding a leader to take on a loss-making airline post-pandemic is no mean feat. Just ask Tata Group, owners of Air India, who have been attempting to secure a chief executive for the national airline since acquiring it from the government in January.

Tata’s first choice CEO, former Turkish Airlines’ chief executive Ilker Ayci, seemed like a sure bet back in February when the 50-year-old Turkish national, credited with turning around the fortunes of Turkish Airlines, agreed to take the helm of the Indian heritage airline.

It wasn’t to be however, thanks to India’s and Turkey’s strained relations, which resulted in Ayci having to pull out of the offer.

Like Ilker Ayci, Campbell is an aviation veteran, with 26 years of industry expertise across both full service and low-cost airlines. Campbell is no stranger to building airlines having helped found Scoot in 2011.

Beginning his career as a management trainee with Singapore Airlines in 1996 in New Zealand, Campbell subsequently worked for the group in Canada, Hong Kong and Japan, returning to Singapore in 2011 as the founding CEO of Scoot, which he led until 2016.

The New Zealand national then served as the SVP, Sales & Marketing of Singapore Airlines, where he led everything from pricing, distribution, ecommerce and merchandising, to brand marketing, global sales and overseas offices, before returning to take the helm of Scoot as CEO for a second time in April 2020, following Scoot’s merger with the Group’s long-haul low-cost airline Tigerair.

He has a Master of Commerce in Business Administration from the University of Canterbury in New Zealand.

Tata Group, which currently owns full-service carrier Vistara and budget airline AirAsia India, took over the loss-making Air India from the government in January, paying nearly US$2.4bn for it. The airline has been making losses since 2007, but does have various valuable assets, including 130 planes, key slots at London’s Heathrow airport, and thousands of trained pilots and crew.

The Group, headquartered in India, previously founded the airline in 1932, before it was nationalised in 1953 following the independence of India.

Campbell will have his work cut out when he joins in the summer, as the airline works towards lowering its debt, refurbishing its fleet, improving service quality and rationalising its routes.

That said, with passenger growth at around 20% per year in India, and the Indian market vastly underserved, according to analysts, the prospects for the airline look good.

“Air India is at the cusp of an exciting journey to become one of the best airlines, offering world-class products and services with a distinct customer experience that reflects Indian warmth and hospitality,” says Campbell.