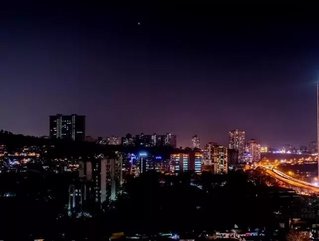 India’s second city of Mumbai lies on the country’s western coast, where it faces the Arabian sea. Its prime location has seen it contested by a succession of empires, both native and foreign, during the course of its long history. Today, the city is India’s wealthiest, serving as the unofficial commercial capital as opposed to the national capital of Delhi. According to the UN, the city’s population in 2018 was 19.98mn, second in India behind Delhi at 28.51mn.

One cannot talk of Mumbai without mentioning Bollywood, the Hindi-language film industry based in the city. With its name derived from a portmanteau of “Hollywood” and “Bombay”, “Bollywood” is sometimes also used to metonymically refer to Indian cinema as a whole. India is the world’s largest film market by a number of metrics, including films produced per year (1,813 in 2018) and tickets sold (over 2.2bn in 2016).

The narrower definition of the term is the jewel in the crown of the Indian film industry. According to the Film Federation of India, Bollywood outputted 306 films in 2017, while, with the help of films in other languages, Mumbai as a whole produced 694. A number of the Indian film industry’s heavy hitters are accordingly based in the city, including the likes of Eros International and Reliance Entertainment. Western film companies also have divisions in the city in the form of Viacom18 Motion Pictures (a subsidiary of a Viacom joint venture) and Fox Star Studios, which is ultimately owned by Disney.

The growing strength of the Bollywood film industry is demonstrated by the fact that its top 10 highest grossing films were all released within the last decade. 2016’s Dangal, a sports film based on the real life story of an amateur wrestler, is India’s highest grossing film, making $340mn at the box office.

The State Bank of India (SBI) can trace its lineage back to firms established during the British colonial period of India’s history such as the Bank of Madras, Bank of Calcutta and Bank of Bombay. These all eventually merged into the Imperial Bank of India, which acquired its current name in the 1950s. Due to this history, it is India’s oldest bank as well as its largest. Currently, it is state controlled, with the Government of India holding a 60% stake.

Conglomerate Reliance Industries was founded in the 1960s, growing via its involvement in the textiles industry before diversifying into its current interests. The company’s many and varied subsidiaries include oil and retail divisions, as well as Jio, the country’s largest mobile network operator. Chairman and Managing Director Mukesh Ambani is the son of founder Dhirubhai Ambani, and the richest man in both India and Asia at large. He is partly known for his residence in Mumbai’s 27-story Antilia, one of the world’s most expensive domiciles.

One of India’s oldest companies, Tata Group can trace its history back to the founding of a trading company by 19th century Indian industrialist Jamsetji Tata. It is currently controlled by Tata Sons, a holding company controlled by the voluminous Tata family descended from Jamsetji. The conglomerate has many and varied interests, ranging from cars with Tata Motors to Tata Steel and Tata Power. The company is also well known as the owner of a number of global companies including Jaguar Land Rover.

India’s two largest stock exchanges, the National Stock Exchange of India (NSE), and the Bombay Stock Exchange (BSE) are located in Mumbai. The latter is the oldest, having been founded in 1875, while the NSE is a far more modern invention, founded in 1992 with the express purpose of being a modern, electronic exchange. The two are closely tied in terms of market capitalisation, in 2016 the NSE being worth $1.450trn, while the BSE was worth $1.482bn.

Mumbai’s two exchanges both offer stock market indexes considered important to demonstrating the health of the Indian economy. The NSE’s NIFTY 50 and the BSE SENSEX both include the three companies previously listed, as well as other Indian giants such as Infosys and Larsen & Toubro.

Upcoming events in the city include the Mumbai Entrepreneur and Startup Network event for business professionals at the Grand Hyatt Mumbai Hotel on 13 January. Also taking place is the International Maritime Research Confluence between 13-14 February, presenting research pertinent to the maritime industry. With its world renowned film industry and entrepreneurial culture, Mumbai’s continued privileged place in India’s cultural and business hegemony is assured.