Why Alibaba Cloud is doubling down in Southeast Asia
Kate Birch
May 19, 2020 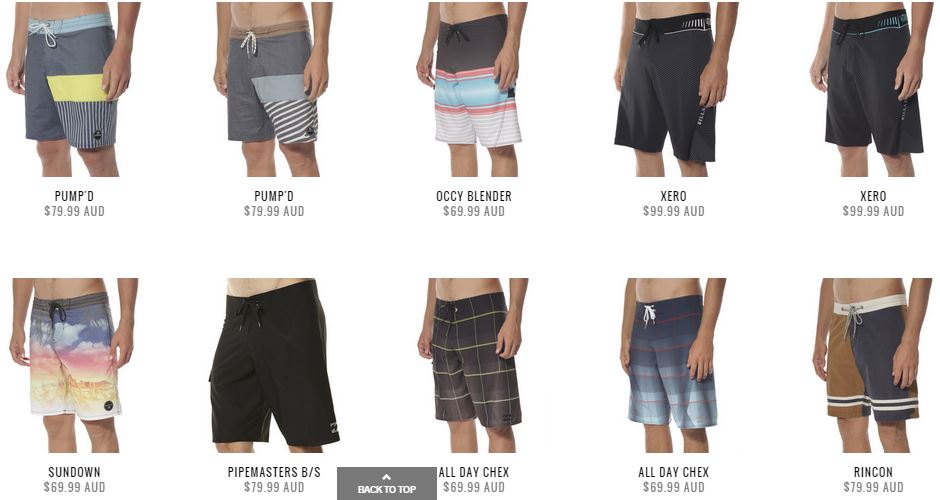 Billabong is a surf brand known worldwide for its surf, snow and skate clothing, shoes and accessories. The company was founded in 1973 by Gordon and Rena Merchant and joined the ASX in August of 2000. The main brand has since produced Honolua Surf Company, Kustom, Palmers Surf, Xcel, Tigerlily, Sector 9 and RVCA, all successful brands in their own right.

The brand sponsors riders in several different subcultures including surfers, snowboarders and wakeboarders. These riders in turn are brand ambassadors, showcasing the company and its products, as well as the corresponding lifestyle. 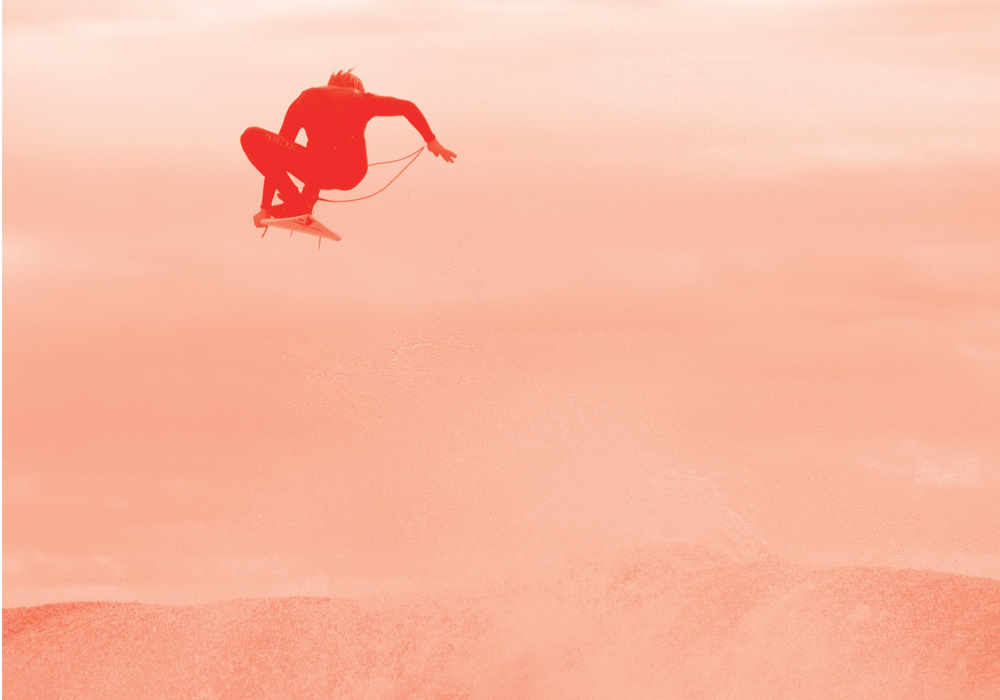 Globe was established in the 1980s, born out of Hardcore Enterprises, an Australian-based company specializing in skateboards and street culture. Peter and Stephen Hill founded Hardcore in 1984 and rapidly expanded it to become one of the world’s largest skateboard distribution companies. In 1994, along with brother and current Globe CEO Matt Hill, the Globe brand was created.

After 10 years of design, production and distribution with Hardcore it was time to create a global brand, first with shoes for skaters and surfers, and then with apparel and hardgoods for the broader board sports market. Fast forward to today and the same crew of skaters, surfers and snowboarders that started the business back in the 80s has grown to a global network of designers and riders that are united by board sports, street fashion, media, design and film. 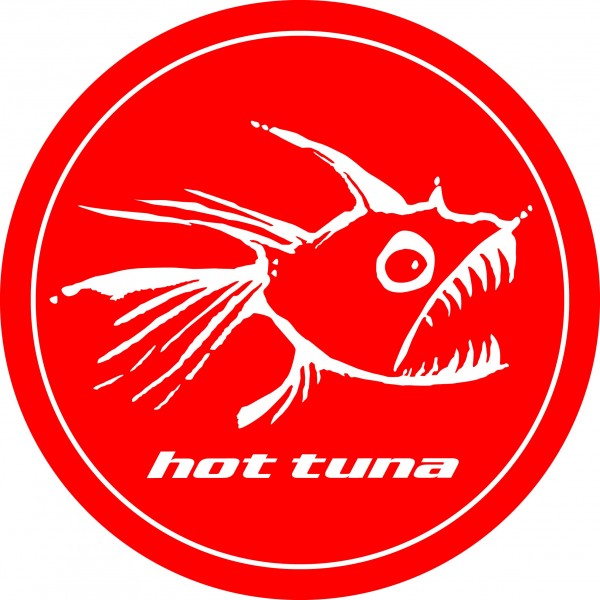 The end of the 60s and throughout the 70s was the beginning and heyday for surf culture in Australia, leading to several iconic surf brands still in business today. Hot Tuna claims the title “one of surfing’s authentic brands,” and is committed to its original values: great surf clothing, the sport and spirit of surfing worldwide, and good times. 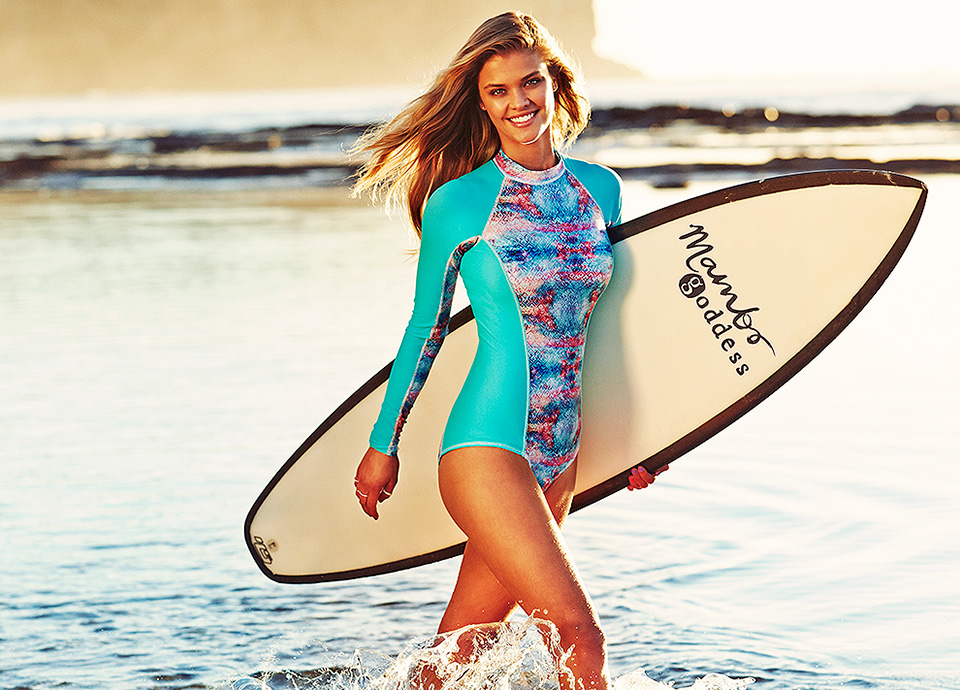 This 30-year-old brand is celebrating its anniversary with “30 Years of Self Indulgence,” an exhibition at the National Gallery of Victoria that celebrates “some of our greatest, and worst, creations, that we feel really sum up our history.”

Mambo, known for its flatulent dog trumpet design by artist and musician Reg Mombassa and other brash designs, was recently acquired by Saban Brands but will remain a mainstay in Australia. Mambo was founded in Sydney by Dare Jennings and Andrew Rich, and can boast over 380,000 followers on Facebook, and the accolade of being the designers of the Australian Olympic team uniforms for the 2000 Olympics—among several other cool moments in their history.

Read related articles on Business Review Australia:
Not To Worry, US-Bought Surfwear Brand Mambo Not Leaving OZ
Surfest in Newcastle: In the Water and ONshore Fun for Its 30th Anniversary

Like many a surf brand, Ocean & Earth started by producing a few basic surfing products and a staff of Brian Cregan and a couple partners in 1978. The company grew through a network of retailers through NSW and Southern Queensland and as of 2010 has been known as the company that makes the “World’s Strongest Leash”—a fully moulded surf leash.

The backbone of the company: a broad range of surfing accessories, backpacks and a small range of clothing were the types of items the company started selling at its inception, proving its business model has worked throughout the decades. Ocean & Earth shares that their surf fashion reflects “the waves we surf, the places we travel, the music we listen to and the art that inspires us.” 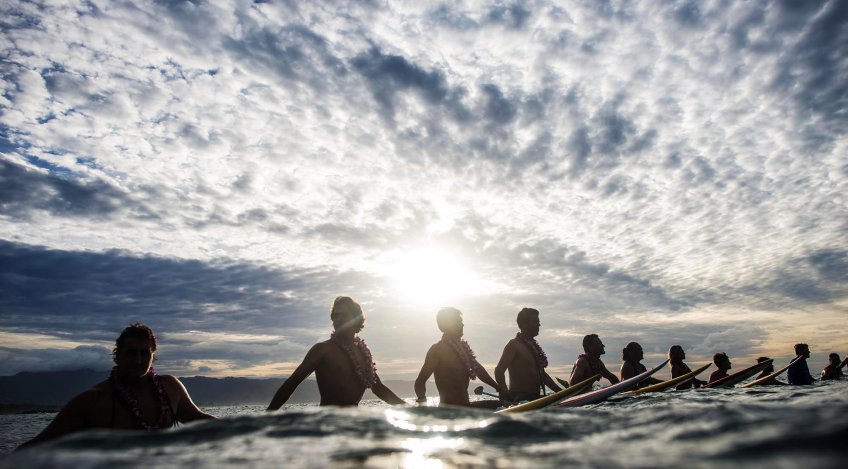 If the sport uses a board, Quiksilver is there. The brand was founded on boardshorts when in 1969 Alan Green and John Law, two Torquay locals, noticed a gap in the surf market. They made the swim trunks in their home garage, and since then the company has become one of the largest and most prestigious apparel companies in the action outdoor sports industry.

Quiksilver offers a diverse line of products under its umbrella, including a complete clothing collection, accessories, eyewear, watches, sun care, footwear and wetsuits. The Winter Sports division is emerging with snowboarding apparel and hard goods designed for high performance enthusiasts. 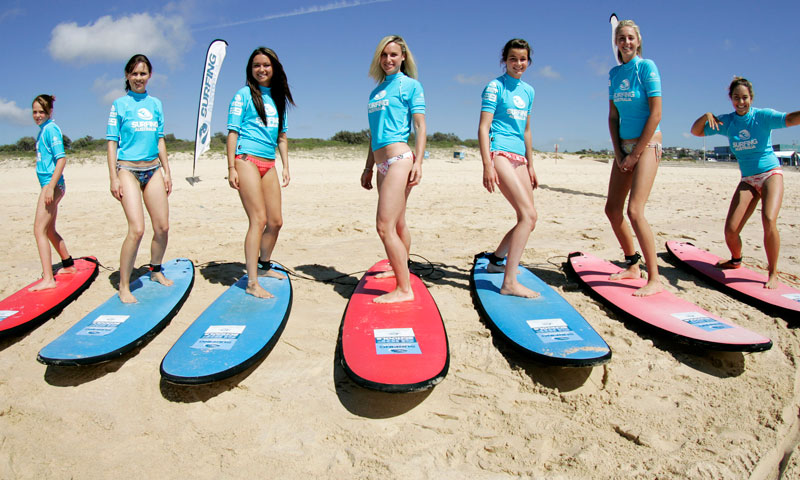 Rip Curl is one of the “big three” surf brands to come out of Australia (along with Billabong and Quiksilver). The company was founded in 1969 by Doug Warbrick and Brian Singer in Torquay, Victoria, and initially produced surfboards. Shortly thereafter the company began work on a wetsuit suitable for surfing.

The brand is now a major Australian designer, manufacturer, and retailer of surfing sportswear and accompanying products, and a major athletic sponsor. This has lead to a surge in their global presence, leading the brand to becoming one of the largest board wear brands in Australia, Europe and South America. 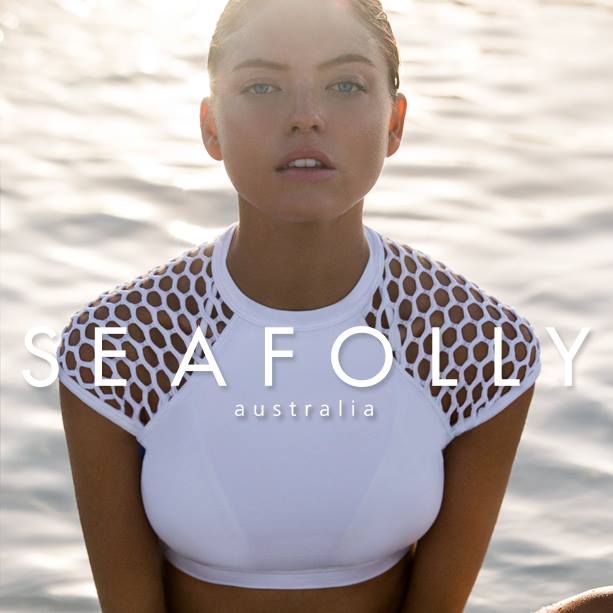 Although all the surf brands mentioned on this list provide gear for women, SeaFolly is the only one that focuses on women. The company was founded in 1975 with the idea that a range of fashionable and sun safe swim and lifestyle wear should be available to women, as well as girls and boys. Today, SeaFolly is stocked in major fashion department stores and swimwear boutiques around the world.

Although the company is not specifically a surf brand, SeaFolly does sell rash guards and other beach essentials. Known for their bold statement prints, contrasting textures and injections of eclectic colour, SeaFolly’s line encapsulates the brands philosophy: Seafolly believes life is for living! 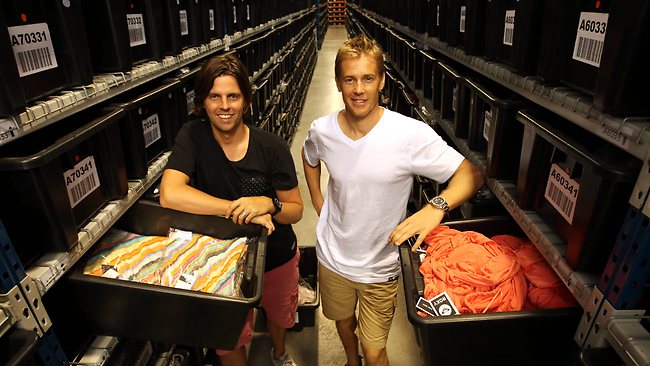 Surf Stitch isn’t one brands—it’s all surf brands. The company has become Australia’s largest online fashion retailer, the world’s largest online action sports and youth apparel retailer, and is home to over 20,000+ products and 600 brands. Founders Justin Cameron and Lex Pederson grew the company from their back yard garage in 2007 to its current global business status.

The pair wanted to fill the void left by traditional surf shops: great gear, but a limited amount of product, sizes and style. Cameron and Pederson are still involved in the day-to-day of the website’s business. The year 2012 saw the company expand into Europe, and Surf Stitch has just recently acquired a North American online retail platform, widening the company’s reach even further. 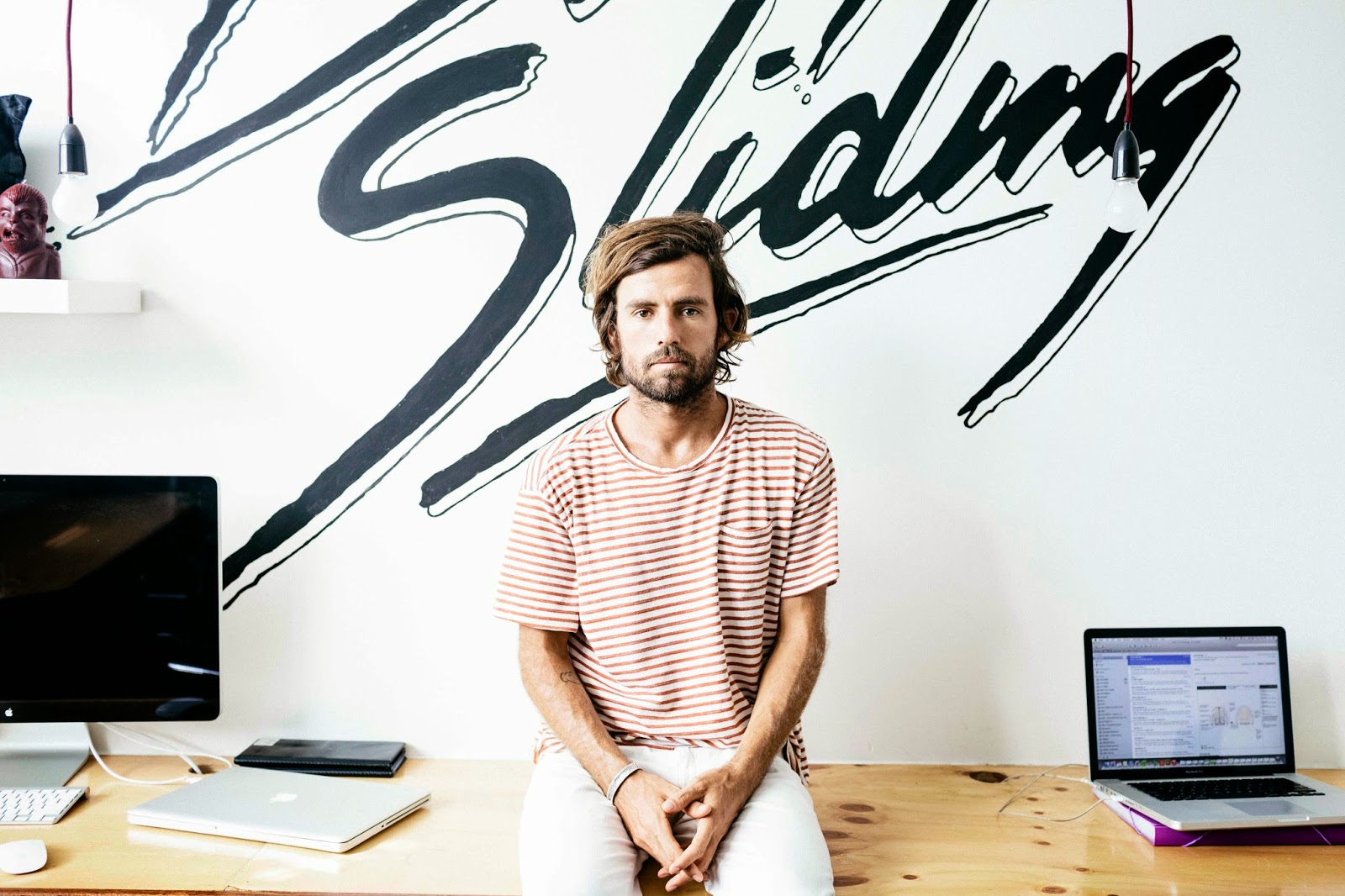 Self defined by Rama McCabe, creative director, as “Art, surf & fun,” The Critical Slide Society joined the pantheon of surf brands in Australia in September of 2009. What started as a small partnership in a beachside cottage between Jim Mitchell and Sam Coombes, former employees of Mambo, has turned into a brand that is sold in select retail stores in Australia, USA Canada, Spain and Japan.

TCSS started out as a blog where the two would document favourite surf and pop culture artists. The blog spawned a small clothing collection which is what has grown into today’s line. This year, McCabe shares that the brand has “gone a little tougher and less fruity then where we have been. This is a reflection of the brand maturing and catering for an ever changing market.”

Why Alibaba Cloud is doubling down in Southeast Asia
Kate Birch
Jun 13, 2021

From just US$45,000 capital in 2003 to a world-leading biopharma giant with revenues of US$1.69bn today, Seo JungJin is crowned EY World Entrepreneur 2021

Seo JungJin, founder of biopharma firm Celltrion, which most recently developed an antibody treatment for COVID-19, has been named the EY World Entrepreneur of the Year 2021, becoming the first South Korean in the award’s 21-year history.

Regarded as one of the world’s most prestigious business awards program for entrepreneurs, the EY Entrepreneur of the Year celebrates visionary and innovative leaders from across 60 countries who are transforming the world and fostering growth.

JungJin, who is now honoroary chairman of Celltrion Group, was up against a worthy cast of entrepreneurial competitors, taking the crown from among 45 award winners across 38 countries and territories.

Speaking during the virtual event, JungJin described his own interpretation of entrepreneurship as something that brings together “a group of people toward a common vision, embracing challenges as opportunities and committing oneself to contribute to the greater good”.

Why was JungJin crowned King Entrepreneur?

A South Korean native and now 63 years of age, JungJin founded biopharmaceutical firm Celltrion in 2003. In the nearly two decades since its founding, Celltrion has lived up to its goal of advancing health and welfare for all by developing ground-breaking drugs to treat autoimmune disease, various forms of cancer and, most recently, COVID-19.

The company, which JungJin started with just US$45,000 and five of his colleagues, has since growth to more than 2,1000 employees with sales permits in more than 90 countries and revenues exceeding US$1.69bn.

According to the panel, JungJin’s story is a shining example of the power of an unstoppable entrepreneur to change the world with the pandel moved by both his incredible story and his purpose-driven leadership, innovative mindset and entrepreneurial spirit.

Described by the chair of the EY judging panel Rosaleen Blair as “representing everything an unstoppable should be” from taking on the world’s biggest health care challenges to consistently creating long-term value for his company, JungJin’s story is one of incredible tenacity and perseverance that the judging panel felt most represented the entrepreneurial spirit.

“He’s taken breathtaking risks, both personal and professional, to found Celltrion and grow it into one of the world’s leading biopharmaceutical companies,” says Stasia Mitchell, EY Global Entrepreneurship Leader. “His passion for creating affordable, life-saving health care and flair for tackling global problems has led to many treatments that have helped millions of people worldwide and was especially evident this past year through the creation of a COVID-19 antibody treatment.”

How did JungJin get there?

JungJin's entrepreneurial journey started at an early age when he worked as a taxi driver to get himself through Konkuk University in Seoul, South Korea. After studying industrial engineering, he rose through the ranks of Daewoo Motor Co. before losing his job amid the carmaker’s financial troubles following the 1997 Asian economic crisis.

Following this, JungJin started collaborating with colleagues to explore business opportunities in different industries, though none delivered lasting success. The turning point came after he attended a talk hosted by renowned scholars, which inspired him to focus on the biopharmaceutical sector.

And so he founded Celltrion with just US$45,000 of his savings. The launch of Remsima, credited with being the world's first antibody biosimilar, quickly moved Celltrion up the ranks of the country's fairly underdeveloped pharmaceutical sector. Celltrion followed this success with the launch of drugs for breast cancer and lymphoma that today are being used worldwide.

With ambitions to be the world’s first in different areas, Celltrion has pioneered numerous uncharted areas to great success over the past two decades, most recently responding to the global pandemic by successfully developing an antibody treatment for COVID-19 and working to ensure a timely supply of the safe and effective treatment.

“When I first started, my vision was to help patients gain access to safe, effective and affordable medicines and thereby enhance the quality of people’s lives,” explains JungJin. “The success of Celltrion has enabled me to expand on this while finding new ways to fuel my entrepreneurial drive.”