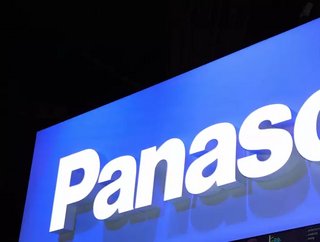 Panasonic becomes the latest Japanese firm to introduce a four-day week, as Japan continues to tackle employee overwork and war on talent

One of Japan’s largest corporations, Panasonic, has introduced a limit on employee working hours, as it looks to improve productivity, retain talent, and tackle burnout, exhaustion and even death from overwork.

For decades, Japan has struggled with the issue of people overworking themselves to death. They even have a name for it, karoshi, which literally means death by overwork. The first case of karoshi was recorded in 1969; and according to government data, Japan had 190 such deaths in 2017.

But in recent years, Japan’s government and a number of the country's businesses have looked to tackle the issue, with Panasonic the latest organisation to get on board.

Japan is one of the world’s most overworked nations

A study in 2019 by securities company Kisi found Tokyo to be the most overworked of 40 international cities, bar Seoul, with Tokyo employees working an average of 42 hours a week.

In an attempt to address the issue, that same year, the Japanese government brought in new regulations, introducing a law limiting legal overtime work to 45 hours a month, with an extension of up to 100 hours a month in busy periods for a maximum of six months a year.

Fast forward two years and in the same Kisi study, but in 2021, Tokyo was shown to have dramatically improved its work-life balance, ranking 28th most overworked out of 50 cities, compared to 39 out of 40 in 2019, meaning it was less overworked than many Asian, European and American cities including New York, Hong Kong, Milan, San Francisco, Seoul, Paris and Barcelona, a huge improvement from two years before 2019.

But despite the improvement, there remains in Japan considerable pressure on employees from employers to show their worth by working very long hours; and it seems the pandemic did little to limit those long working hours. According to a survey by the Ministry of Health, Labour and Welfare, just 8% of Japanese companies offered two or more guaranteed days off per week in 2020.

And up until recently there had been little action by Japanese employers to improve the situation or encourage a better work-life balance.

Big business getting in on the employee wellbeing action

Two Japanese companies, Yahoo Japan and Sompo Himawari Life Insurance, began offering a four-day working week in 2017, but only for those employees who care for children or ageing family members.

Microsoft Asia piloted a one-month trial of a four-day week in its Japan offices back in the summer of 2019, with the entire 2,300-strong workforce taking five Fridays off in a row without less pay. The result? More efficient meetings, happier workers and productivity boosted by a staggering 40%. But that wasn’t all. Microsoft Asia also found that during this time, employees took 25% less time off and 92% said they were happier.

Despite the positive productivity results, however, the tech giant didn’t implement the four-day week, nor was the trial repeated, though unsurprising considering the pandemic arrived just six months later and work patterns shifted.

But now, as countries and companies bounce back from the pandemic, more organisations are looking to put in place more flexible work policies and introduce wellbeing initiatives.

Systems developer Encourage Technologies introduced a four-day workweek during the pandemic, in April 2021, which the company feels is key in helping them attract the young talent they need. While Japanese firm Shionogi has announced that from April 2022, it will offer the option for employees of a third day off per week, allowing employees to learn new skills.

Joining these now is Japanese multinational Panasonic, which has announced it will start offering a third day off per week to employees who are interested. Panasonic hopes to give workers more time for personal interests.

According to Panasonic CEO Yuki Kusumi, “our responsibility is to strike an ideal balance between the work style and lifestyle for our diverse human capital”.

Panasonic joins a small but growing list of companies worldwide offering flexible working situations for employees, including a four-day working week, in a bid to increase worker productivity and happiness.