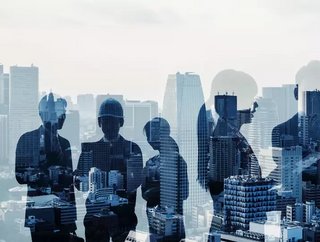 The first two weeks of 2022 has seen a flurry of activity in executive ranks, from exits to entrances, across banking, technology and consulting

A new year, and a new wave of executive movements sweep the Asia-Pacific region, with a steady stream of leaders exiting high-level roles in industries including aviation, banking and entertainment, along with plenty of new appointments and promotions.

Among notable exits in 2022 so far: Jet Airways’ interim CEO Sudhir Gaur, who has resigned just as the airline is poised to make a comeback from bankruptcy; Eric Choo Han Kiat, who has stepped down from his role as CEO of Singapore’s Raffles Infrastructure Holdings, as the firm declares its intention to focus on medical and digital technology infrastructure; and Jingwei Jia, CEO Greater China of Swiss Re Corporate Solutions, has departed following a 15-year career with the firm.

There are plenty of new hires on the banking front, as financial institutions look to capitalise on the growing wealth in the Asia-Pacific region.

JP Morgan is reportedly planning to add more high-level roles to its private banking business in Asia, according to Reuters, while HSBC continues to strengthen its leadership team across the region and its various departments.

In the first 10 days of January, HSBC announced two senior executive appointments to beef up its investments and wealth solutions team. Joining from digital wealth advisor Endowus, where she most recently served as chief advisory officer, Tan Wei Mei has been appointed as the division’s global and Asia head of advisory; while former UBS executive Michael Wong becomes HSBC’s regional head of the bank’s ultra-high net worth solutions group.

At HSBC Bank Malaysia, following the announcement that CEO Stuart Milne will retire at the end of March, the bank has announced Omar Siddiq as CEO for the Malaysian unit. Most recently serving as CEO for group wholesale banking at CIMB Group Holdings Bid., finance veteran Siddiq has also served as Group CFO at Malaysia Airlines.

Also in Malaysia, the country’s largest lender by assets, Maybank, has said it is looking for a new leader as current CEO Abdul Farid Alias announces he intends to step down this summer, as he plans to pursue his own interests.

Deutsche Bank has appointed Mathew Kathayanat as head of securities services product management for APAC. Based in Singapore, Kathayanat will be responsible for leading the development of products to support client needs across the region with a focus on delivering tech-based solutions. Joining from BNY Mellon Asset Servicing, where he most recently served as head of product and strategy for APAC, Kathavanat has more than two decades of experience spanning product development, institutional sales and relationship management, and has also held a variety of roles at Citi across both EMEA and APAC.

The New Year brought a rush of resignations and appointments in tech too. Just a few days in and Chinese EV startup Aiways announced the appointment of a former executive of rival EV tech startup Nio as its new CEO. Zhang Yang, who most recently served as Nio’s VP of industrial development, lands the top job at Aiways, as the firm looks to turn around its recent weak performance.

After just two years as IBM’s general manager for APAC, Singapore-based Brenda Harvey has announced she is departing, to take up a senior role at IBM in the US. To replace her, IBM is bringing in Paul Burton, who has held various leadership roles at IBM in the past and is currently CEO of Mastech InfoTrellis, where he has overseen the expansion of the firm’s global footprint. Burton will lead IBM across the region including Australia, New Zealand, Southeast Asia, Korea, India and Greater China.

And at Twitter India, Pallavi Walia has been promoted to head of communications. Previously Twitter’s policy head for, since 2019, Walia has also served as VP of client experience at Weber Shandwick.

With growing demand for consultancy and advisory services across the region, consulting firms are beefing up their regional teams, with a handful of consultancies already announcing new appointments and promotions.

Global strategy consulting firm Bain & Company has promoted seven of its members in India to partner level following a strong financial year for the firm. While global advisory firm FTI Consulting, which has offices in New Delhi and Mumbai, has tapped data analytics leader Avignan Das to head its Technology division in India. Das rejoins FTI Consulting with more than 15 years of digital leadership experience, working at Deloitte, First Advantage, and most recently leading the global data analytics function at Exiger.

Consultancy hires across Southeast Asia have also got off to a flying start, as Willis Towers Watson appoints a new head for its Indonesia division and Kearney hires a new leader for Southeast Asia.

Kameswara Natakusumah brings more than two decades of experience in the insurance industry and extensive experience of the Indonesian market to Willis Towers Watson, where he will lead all areas of the consulting firm’s business in Indonesia, including account and client management, project delivery internal operations and thought leadership. He joins from rival Marsh, where he was a senior technical advisor, and has held leadership roles at AXA and Aon, among others.

Bringing more than 18 years of consulting experience across Southeast Asia, India and China, Kearney veteran Nithin Chandra will is now tasked with leading a team of over 180 consultants and staff across offices in Singapore, Indonesia, Malaysia and Thailand in his new role as Southeast Asia leader. Most recently serving as head of Kearney’s strategic operations practice across APAC, he is also a regular speaker in industry forums.