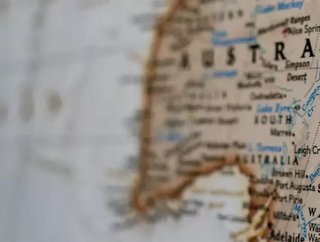 Gartner research suggests that the Great Resignation seen in the US is coming to Australia, as work-life balance remains the top priority for Australians

The impact of extended COVID-19 lockdowns in major Australian cities took its toll on workers in the third quarter of 2021 as discretionary effort levels – or willingness to go above and beyond at work – fell to new lows, according to Gartner.

The Gartner survey conducted between July and September 2021 showed that the proportion of workers displaying high discretionary effort fell to 13.9%, down from 15.6% last quarter and 16.9% year-on year.

The proportion of employees actively seeking a new job rose slightly from 22.5% last quarter to 23.4% in the third quarter of 2021. While 40.5% of Australian employees surveyed reported high intent to stay with their current employer, the Gartner survey found variability between job functions and industries. For example, only 12% of Australian IT workers showed high intent to stay, pointing to a significant turnover problem.

Aaron McEwan, vice president in the Gartner HR practice, said the data paints a picture of a decline in Australian workforce health and confirms the heavy toll of more than 18 months living and working through a pandemic.

“If there is any doubt that the ‘Great Resignation’ seen in the US is coming to Australia, this data dispels it. It is likely there will be an increase in people leaving their jobs around March next year, once hiring picks up after the summer holidays and annual bonuses are paid,” says McEwan.

According to the latest JOLTS report, a record number of 4.4 million Americans left their jobs in September 2021, accelerating a trend that has become known as the Great Resignation.

The Great Resignation was coined in late 2020 by Texas A&M University's Professor Anthony Klotz to describe the link between two key developments – record-high pace of resignations and mass exodus of workers across the US (supported by data from the US Bureau of Labor Statistics) and the increased focus on flexible working, wellbeing and work-life balance that accelerated during the pandemic.

The number of Americans quitting has now exceeded pre-pandemic highs for six straight months. This is especially true in low-wage sectors, which are struggling to fill open positions. One major driver is that many workers are no longer willing to put up with the pay and/or working conditions they accepted pre-pandemic.

A similar wave of resignations is now expected to hit Australia, and is expected to peak in March 2022, as more workers are asked to return to the office. A Digital Finance Analytics survey of 52,000 Australian households found a quarter of all workers are weighing up their options and it's not limited to one or two sectors.

According to Gartner, there is still an opportunity for organisations to get ahead of the problem, by providing clarity to employees before the end of 2021 on what to expect in 2022.

“Employees are in a better position than ever to be seeking more satisfaction in their employment arrangement,” says McEwan.

Work-life balance remains the top priority for Australians seeking a new job, and the number-two reason for leaving, according to Gartner survey data collected from April-June 2021 which found more than half of respondents reported work-life balance as a top-five reason to consider a new employer.

Manager quality was the top reason employees reported for leaving their role, followed by work-life balance.

“Even when an organisation’s policies allow flexibility, the implementation often still comes down to the employee’s direct manager,” says McEwan. “Workers dissatisfied with their employer’s attitude and policies towards management and flexibility will likely use the holiday period to plan their next career move.”

Compensation is now the number three reason why Australians would leave their current employer. Two years ago, compensation did not appear in the top ten reasons for leaving.

To successfully retain staff, organisations must treat their employees as people, not workers, and invest heavily in re-designing work to be more human-centric, according to Gartner.