What Can The Apple Watch Offer Advertisers? 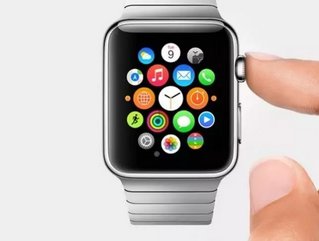 Watch faces are small. Very small. Even the biggest ones are not the ideal surface on which to advertise. But the the Apple Watch, along with dozens of other smart watches on the market, is challenging advertisers to come up with minute, unobtrusive advertising.

“Unobtrusive” is the key. We used to want advertising to permeate as many channels in as many ways and as much as possible. However, marketing has had to become more subtle and clever because of the proliferation of banner and online ads, which are largely ignored nowadays. And location-based advertising, which would be a huge advantage on a smartwatch, hasn’t quite taken off in the way that everyone expected it to because of security and spamming concerns.

An article by Yahoo! News pointed out, “the same qualities that render the watch exciting to Madison Avenue, such as the ability to detect customers approaching a store and to zap an ad directly to their wrists, also risk alienating those customers.” So what’s an advertiser to do?

WatchKit, a software development tool from Apple for the Watch became available in November, allowing developers the chance to play with the model build watch-tailored applications. Currently, developers are developing and starting to market ad formats. These include interactive wallpapers on the watch dial with brand logos and personalised clock faces. The tiny icons that are on the main screen could also soon hold a Watch user’s favourite service or retail apps.

Businesses are hoping they can use these apps to let customers know of special deals; to do so, the app would have to be open, allowing an “opt-in” of sorts from the customer. An opt-in feature will be incredibly important, because if the wearer feels like they are getting spammed by ads, they will delete the app or worse, just take off the watch.

We’re not even sure yet if the Apple Watch will be a hit (If the first edition isn’t, my money’s on the second or third), but marketers who are interested in using it as a platform for their company’s messages need to start exploring options and studying up on trends now.