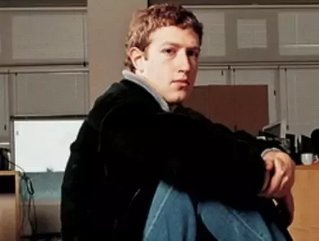 The Internet has come a long way—fast. What was once just a place for broken search engines and security-deficient e-mails has become the sole driver of human innovation. What we’re seeing is advancements and progress on a daily basis at breakneck speeds never witnessed or experienced in all of humanity.

It only makes sense though, that through humans’ continued use of the medium, the world has developed reliance around networks that allow us to grow as human beings. Now the exchange of ideas and technology happens instantaneously, which has changed the way humans will communicate forever.

Read on to learn more about the kings of our day:

Mark Zuckerberg made geek the “new black”. After toppling the unprofessional (and now almost distinct) MySpace network, Facebook gained widespread appeal and is now home to over 600 million users worldwide. Complete with a modern-day Shakespeare-esque founding storyline, the rise of Facebook was immortalised by the award-winning ‘The Social Network’ film. Facebook, beyond its ability to literally connect the world, has remained at the forefront of popularity and continues to evolve its business model, taking over nearly all aspects of the ‘social’ world including image-sharing, check-ins, questions, shopping and now gaming. For the moment, Facebook continues to be the top dog for connecting its users with businesses hungry to capture this vast and varied market.

Although Twitter can be considered more of a micro-blogging platform than a network, the network’s humble beginnings were that of an ‘alternative’ and ‘niche’ market. Those that did not want to conform to the likes of other online platforms (like the ubiquitous Facebook) began using Twitter as a free way to short-message anyone and everyone. Somewhere between then and now, Twitter took off—big time. Now regarded as the ultimate real-time information sharing site, Twitter breathes life into current affairs, communities and celebrities, connecting over 300 million people worldwide in just 140 characters or less.

Undoubtedly one of the most successful networks online, LinkedIn was conceptualised to provide a more professional environment to the serious, corporate world. With slow beginnings, the professional community soon learned of the benefits of online networking, and LinkedIn has since taken off. One of the first online businesses to commercialise, LinkedIn now generates more money from the recruitment element than from advertising. It boasts over 2 million Australian professionals on its network of over 70 million worldwide. LinkedIn is poised to become even more of an interconnected, sharing site in the near future.

YouTube is one of those stories that makes you gasp. The video-sharing network was created in a garage by two university students as a method of relaying video footage to others over the Internet rather than lugging it on a CD or sharing the data by other methods of transmission. Google caught on quickly to the popularity and potential of video sharing, and YouTube has been explosive ever since Google bought it in 2005. Now, over 24 hours of footage is being uploaded every single minute. In fact, there is so much “YouTubing” going on globally, that there over two billion videos are served up daily. With viewerships of popular videos being counted in the hundreds of millions, it would take you nearly 1,000 years to watch everything on YouTube today.

If it’s all about what social network you use, then Ning literally is the social network for you. Meaning ‘ning’ in Chinese, what started as a platform to help any user create a customised social website for themselves, their friends, or their customers, has quickly grown to astronomical proportions. Over 850,000 organisers, influencers, brands, bands and activist groups have created their custom networks to be able to monitor and react to their concerned markets in a safe and privately moderated space. The network handles billions of events, yet it still has one of the smallest corporate teams, coming in at under 100 employees in its Palo Alto, California headquarters.