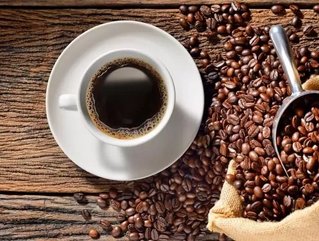 On Wednesday Starbucks will officially open its biggest ever coffee shop in China.

The store will be on the West Nanjong shopping strip in Shanghai and will take up 30,000 sq ft – the size of half a soccer pitch, and nearly twice as big as Starbucks’ next biggest outlet.

The store will offer customers a high-end experience and will include a “Reserve Roastery” which will allow customers to watch beans being roasted, sample speciality brews and use a digital augmented reality app to interact with the store.

This is part of efforts to make the brand more upmarket, which include the development of the “Reserve” lines of coffee. In China, this will tap into a growing market for higher-end, luxury goods.

Starbucks has been trying to grow outside of the US where the market is saturated. It has expressed hopes that China will become its number one market, and currently opens a new shop roughly every 15 hours in the country according to CNN. In July, it announced plans to buy out the partners in its East China joint venture.

Starbucks’ global growth has been disappointing lately but China could hold the answer.  In the last fiscal year up to October, revenue from the Asia-Pacific region accounted for almost 15% of total revenue, which marked a significant increase from 5.5% in 2012.

In the run-up to opening the store, Starbucks has partnered with tech giant Alibaba for promotion. Customers can use Alibaba’s site to book coffee tasting experiences as well as to buy special “Reserve” products.

In its efforts to differentiate itself as a more upmarket option, Starbucks will open more roastery cafés in New York, Tokyo and Italy. The company already plans to build an even bigger store, having announced plans for a 43,000 sq ft Reserve Roastery in Chicago in 2019.